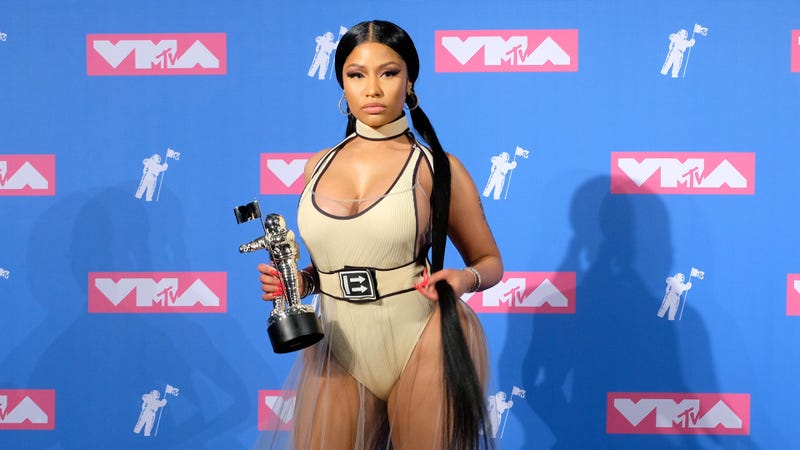 This one’s for you Barbz! Nicki Minaj is set to be awarded the Video Vanguard Award at the 2022 MTV Video Music Awards. Oh and that’s not all, Nicki is also scheduled to perform during this year's show, for the first time in four years.

Presenting your 2022 Video Vanguard Award recipient… @NICKIMINAJ!!! Come party with us as she takes the #VMAs stage for an epic performance, August 28th on MTV!!! pic.twitter.com/ks5puKYHxy

The award, presented to artists for their outstanding contributions and profound impact on music video and popular culture, has previously been awarded to Madonna, Janet Jackson, LL Cool J, Jennifer Lopez, and Missy Elliott.

But let’s talk about this year’s recipient, or technically about what President of music, music talent, programming and events, Paramount+, Bruce Gillmer had to say. “Nicki has broken barriers for women in Hip Hop with her versatility and creative artistry,” said Gillmer. “She has shifted the music industry and cemented her status as a global superstar with her crossover appeal, genre-defying style and continuing to be unapologetically ‘Nicki.’”