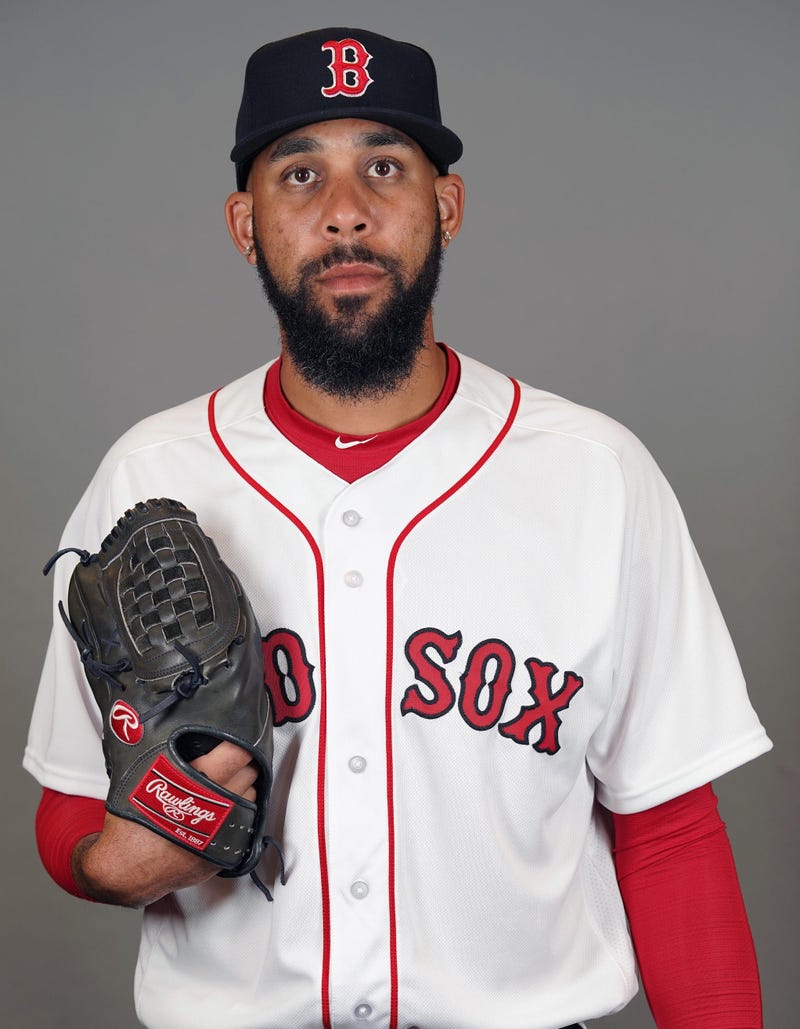 FORT MYERS, Fla. -- Something has been lost in the chaos of David Price's first two seasons in Boston: The real reason they signed him.

The Red Sox desperately need Price to be really, really good. They know that. He knows that. He evidently revels in the notion. "I like it!" the pitcher said Monday after told some believe he is the most important player on this year's edition of the Sox.

But when Price's name comes up, the conversation usually turns to the clubhouse, Dennis Eckersley, the media and his magical elbow. Lost, to this point, has been the idea that Price was once perceived as the difference-maker John Henry reversed his "30-year-old pitcher" mantra for. The lefty is ready to rekindle that conversation.

"I feel good right now," he told WEEI.com. "I think I'm ready to have my best year. ... I just haven't had two good years here. If I would have had an average year for myself and still be my best year here, by far. I look to go out there and dominate like I know I'm capable of doing, and that's what I expect to do."

"Best year." That is something.

Better than that year just before coming to Boston, when Price claimed 18 wins and a 2.45 ERA? He thinks so. Or how about back in 2012, when the hurler notched his only 20-win season, losing just five games on the way to a 2.56 ERA? Yup.

Considering what Price has exhibited in his 54 appearances in a Red Sox uniform to date, such a proclamation might seem like a stretch. He's two years older since that last ace-like season, having to deal with a significant elbow injury along the way. But the prediction clearly isn't put out there without some thought.

The first obstacle he seems to be intent on hurdling is an acceptance of the uneasiness that came with his first two seasons in Boston.

"All I could think about was my elbow and how I wanted it to get better and not be an issue anymore. I think that's all I thought about when I was on the DL," Price said of what he considered a lost season a year ago. "I wanted no part of baseball. It was tough. To not be able to contribute or even work on your craft at all. That was tough.

"I will always appreciate baseball. Even if last year was rock bottom, it's OK. This is a game I fell in love with at 2 years old. Only being hurt can steal my joy from baseball. It kind of made me mad at the world. I expected to come in last year and have a really good season, feeling as good as I felt. Even in the live BP I got hurt. Everything felt so good before ran into a concrete wall."

Being "mad at the world" clearly didn't help matters. But just enjoying himself isn't going to lead a career year. There are other elements in the equation that Price is ready to lean on, such as the lessons he may not have appreciated during his pre-Boston run.

"Probably just recognizing days I need to not touch a baseball. No-throw days. Just listening to my body," he said. "That was something [James] Shields would always talk about. You have to listen to your body. Your body is going to let you know how much you need to do that day, and how hard you need to do it. That's something I take out of his book, and it's something I tell the younger guys as well. When I was 24 or 25 I could throw the baseball as hard as I wanted, not having to stretch or anything. Now it takes more time and being able to take days off is important."

"Using the pitch I used before to kind of dictate what I'm going to throw next," Price explained. "That's something I got a lot better at. That's something I started on in college, sitting down and watching the opposing team in BP, breaking down hitters, where their hands start, looking at their leg kicks. Being able to identify all the different things hitters do."

"Just learning on the bench," the pitcher said. "Before you're super-excited to be in the big leagues so your head is on a swivel. You're looking everywhere. 'This is awesome. Can I get some nachos?' Stuff like that. Now you can learn so much on those four days you're not pitching. It doesn't matter if it's a righty pitching, or a lefty, or someone who is throwing like you or if they are polar opposite."

And there's simply going home once in a while ...

"Joe Maddon would always say the night before you pitch you need to go home. You're putting yourself into everyone else too much. We need you to be your best on your day, so I want you to go home, lock in and be ready for tomorrow. After the game starts. Usually, watch one time through the lineup. I'm not going to leave until they give up a hit. You go home, get your dinner and get to bed. I feel I can lock it in a lot better the day before, and for me, that's when it starts, the day before. That's when you lock it in."

Price did show some evidence that the dominant stuff is still there when cruising through the postseason as a reliever last season, but he also points out that what awaits him is a different ballgame. It's a future he believes might readjust the narrative back to where it was before his life as a Red Sox.

"To get back out there and not have my elbow or anything else in my mind. It feels good. I'm excited for it. Everyone in here is excited for this year."