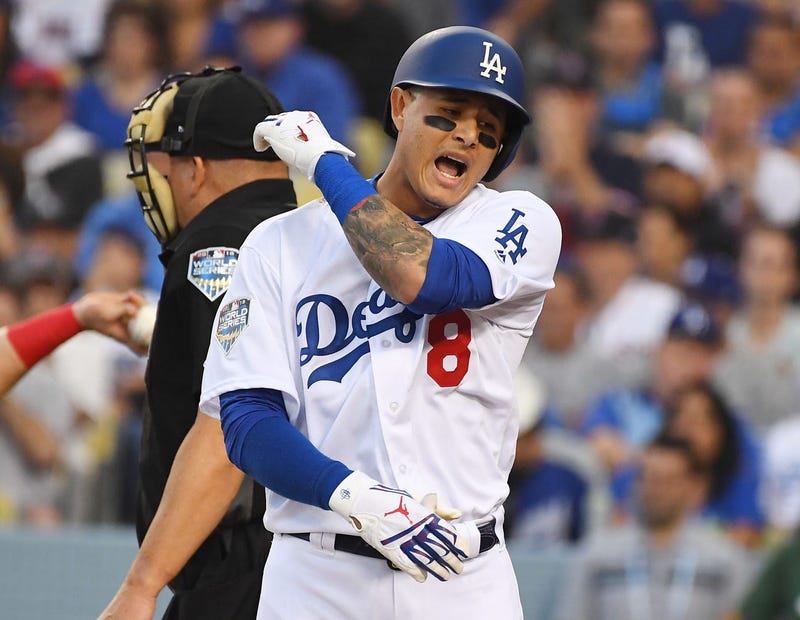 Manny Machado signing with the Yankees would be good for business. My business. So, for that reason, let's all hope that his tour of Yankee Stadium Wednesday goes swimmingly.

There is good chance Machado becomes a Yankee (and it has little to do with sharing the same agent as Carlos Beltran). They can pay him the gobs of money which will be needed to land the 26-year-old's services. There is a logical position for him to play with shortstop Didi Gregorius heading into his contract year recovering from Tommy John surgery. And he would represent the kind of centerpiece New York wants to roll out while playing under the Red Sox' world championship banner.

On the surface, that will make those hoping for a Red Sox repeat uncomfortable. Machado is a great player and using that shield of "We beat you in 2018!" really doesn't mean much when having to sift through a middle of the order that includes Aaron Judge, Giancarlo Stanton, Gary Sanchez and Machado.

Oh well. My advice to those folks: Embrace the drama. In simple terms, this would be to be Alex Rodriguez, 2.0.

Machado has always reminded me a lot of A-Rod. A lot. Great players. Among the best in the game. But also just a little off. And, of course, really, really not liked by those in these parts.

Whether it was sliding late, whacking at Bronson Arroyo's glove, calling for a pop-up on the infield while running the bases, Rodriguez's instincts were always a bit askew. When I reflect on some of the actions and comments made by Machado -- with the Jesus Aguillar foot stomping and "Johnny Hustle" proclamation serving as the latest examples -- it all reeks of A-Rod. Bizarrely missing the mark.

And you can't forget when it came to pitting the Red Sox against the Yankees, our good friend Alex was great for business. Most everyone in Fenway Park from 2004-16 wanted the Yankees to fall flat on their collective face. But there was one guy who was prioritized when it came to yearning for failure. That would have been Rodriguez. It made everything more fun.

This time it would be Machado.

Judge is too nice a guy. Stanton and Judge? Eh. When it comes to Machado, apathy is non-existent.

Sure, it might make the Red Sox' path to an American League East title easier if Machado goes with his brother-in-law, Yonder Alonso, to the White Sox. Or if he takes some of those bags of money the Phillies are ready to hand out in Philadelphia. But those avenues would seem to be such a waste of what might be.

Machado represented the perfect punctuation for the Red Sox in 2018, striking out to spawn Boston's championship celebration. Now he can pick up where he left off in pinstripes.

It's just too perfect to not root for.

Ever since Manny Machado said this about the Red Sox, I’ve wanted him in a yankees Jersey pic.twitter.com/P3yy0Dw93d