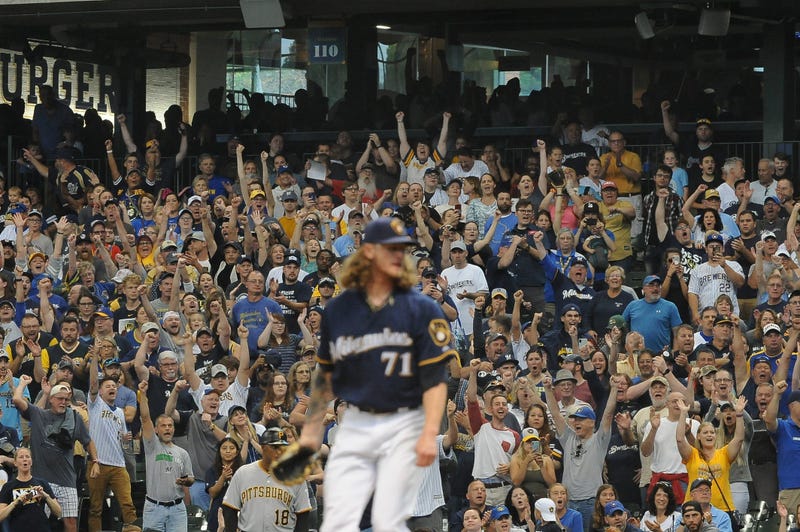 The last few days have got me thinking.

You had the spirited voices strongly suggesting that the Bruins should be getting the attention they deserve when it comes to on-air, online and in something called newspapers. There was also another week of accepting the fact we will never solve Malcolm Butler's Super Bowl disappearance. And, of course, the slings and arrows sent Lou Merloni's way via the Celtics fandom (and their sort-of leader, Bill Simmons) protecting the honor of Al Horford.

The Red Sox? The outcry that came when J.D. Martinez actually caught his first two fly balls, turning back those who suggested he couldn't be a viable fielder, was deafening. Actually, scratch that. Passionate defenses of this team isn't really a thing right now.

But the guttural reaction of each team's fan base continues to be striking. You can call it passion. Or ...

Just which of these groups are the most sensitive/protective when it comes to their dog in the fight?

Sorry Revolution and college fans, when executing this exercise, I can only include the Big 4. It goes without saying that the aforementioned left-out teams and sports carry a fair amount of sensitivity, but most of that is born from the insecurities that come with not getting any attention. That's fair. But that's not pertinent to this conversation.

So I'm deciding to rank which fan base is the most sensitive when it comes to protecting their team. Feel free to discuss and/or disagree (which would only help me uncover another batch of sensitivity).

Not even close. And, you know what, in some ways, these fans have earned the right.

No professional sports team in the nation has been put in the cross-hairs by the national media like the Patriots, much of it hardly deserved. A red, white and blue moat has been put up around New England, protecting from the kind of haters and hot takes that is often times great for business. No other organization has had to live that life like the Pats have.

But there is also a very, very uncomfortable protection of all things Tom Brady and many of his teammates and coaches that end up being nonsensical. Pick against the Patriots? Brace yourself. Suggest Brady is getting antsy in the pocket? Katy, bar the door. Don't call Robert Kraft "Mr. Kraft"? Holy mackerel!

That's OK. It really isn't all that uncomfortable because of the whole "they hate us because they ain't us" thing. Wins will do that. When those wins stop coming, that's when this lofty ranking might get weird.

The day before I wrote this I actually had the Celtics in the third spot. I view this fan base as the happiest. When they win, they are just happy. When they lose ... Oh, well. But the Simmons thing with Merloni offered me a powerful reminder of how protective C's fans are of their players. My test was always saying on the air that Marcus Smart would never make the All-Star team. The first few years, even with Smart showing no signs of being an offensive threat or possessing the kind of intangibles we have come to appreciate, the statement would make people irate.

Then along came a bunch of much more talented players that made everyone remember that Smart was a good player to have on a good team. Now the defenses have been built around Horford. And when that wall is built, the Celtics fans make sure it's fortified.

I wanted to make these guys No. 2 for this simple reason: Nobody circles the wagons like Bruins fans.

If we were going to power-rank inferiority complexes, this would be a runaway. Why aren't they talking about us because we are worthy of the talk? There are very tangible reasons for this, but you have to admire how the earmuffs go on when trying to explain the cause and effect.

But the thing that slides the B's followers down is that at the heart of it they are among the fairest fans. Sure, there is some protection afoot when it comes to trades and such. (It took a long time for the Bruins' base to accept it got the worse of the Tyler Seguin trade.) But, for the most part, there isn't the hesitancy to criticize like there is with the Patriots and Celtics.

For this, they should give themselves a hand, even if nobody else will.

Name one player on this team or person in this organization the fan base will irrationally fight for if criticized. There is no Brady. There is no Horford. There is no Patrice Bergeron or Zdeno Chara. The Red Sox' following is born from negativity, with the payoff only coming after its club potentially outlasting the dark days and drama.

"Leave the Red Sox alone!" Doesn't quite fit like the others, does it?