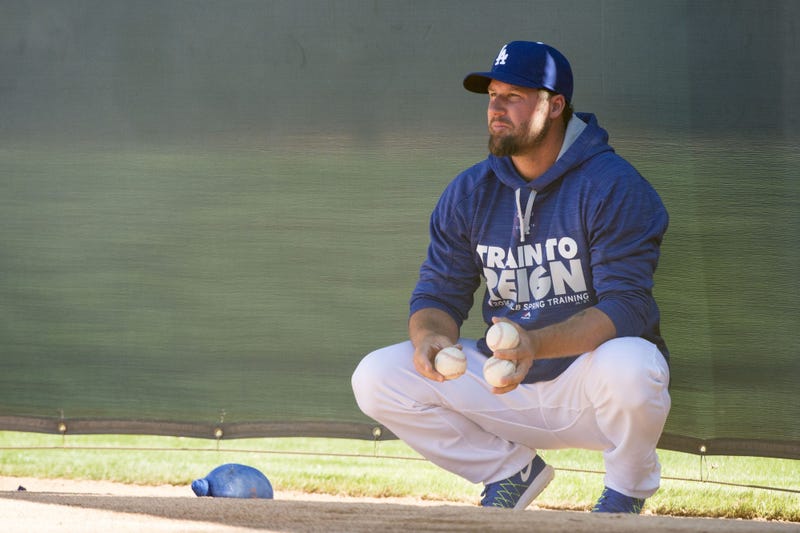 Eric Gagne’s time in Boston was brutal. That isn’t difficult for Red Sox fans to remember. That is tough for Gagne to forget.

Bottles were thrown at him while walking off the field. Walks to and from his hotel often led to verbal (and, sometimes, physical) confrontations. The guy who set relieving records with the Dodgers had been thrown into the 2007 world championship season, exiting the three-month experience with a mountain of bad statistics and an appreciation for the team he grew up obsessing over.

“I remember being mad or sad or happy when the (Montreal) Canadiens were winning or losing. The crazy thing is as much as I hated sucking there in Boston it made me respect the Canadiens players in Montreal,” Gagne told WEEI.com Sunday afternoon. “For me, it was amazing to be a part of.”

That was supposed to be the extent of the Red Sox experience for Gagne. As far as on-field results go, a low point in an otherwise memorable career as the best closer the Dodgers had ever seen. Three save opportunities, not one save.

Then came the wee hours of Thursday morning.

Eleven years after leaving town, Gagne finally got his save for the Sox. It was locked up while sitting in the living room of his Arizona home, but it was a save nonetheless. A big one.

The story started just about 18 years ago when the kid from Montreal befriended an infielder who came from Puerto Rico. Gagne was a relief pitcher. Alex Cora was a utility player. Both had plenty of time on their hands while living life as Dodgers.

They started a hobby: Identifying pitchers who were tipping their pitches.

“AC wasn’t playing every day so we would sit in the clubhouse just watching tape and for some reason we would sit there and try and get tipped pitches,” Gagne said. "Ever since then I just kept building on it. Any time I watch a game that’s all I can do is just look at it and see if I can find something different that someone is doing.”

Gagne — who once was told by former big leaguer Larry Walker that he had been tipping his pitches — had pegged a lot of pitchers over the years, some easier to identify than others.

“I remember back in the day we had Bruce Chen,” he remembered. “Bruce Chen was one of the easiest ones. He was tipping bad. He always had a long-sleeve so you could see skin or no skin and that would tell off speed or fastball. If you looked at Bruce Chen’s stats against the Dodgers but he would never last more than five innings. (For the record, Chen’s final start against the Dodgers came in 2002, giving up five runs over one inning.)

The pitcher he witnessed Tuesday night, Craig Kimbrel, wasn’t one of the more difficult ones. For Gagne, it was pretty clear what was going on. As far as the former pitcher was concerned, the Red Sox closer’s high-wire act against the Astros in Game 4 of the American League Championship Series was no accident.

It was enough evidence that Gagne felt obligated to reach out to his old friend, and the new manager of the Red Sox.

“The way they were swinging at it, especially for him because you can’t sit on anything with him, for me it was kind of weird to see those takes. That just kind of jumped out. To me it looked totally different with off-speed and fastball,” Gagne said.

“I texted AC and said, ‘Hey, I’m not sure if you guys want to talk about it or not,’ because sometimes pitchers don’t want to really want to talk about it. I said, ‘I see something, I don’t know if you want me to tell you what it is.’ He said, ‘Of course I do.’ So he told me to text him and we kind of went from there.”

Gagne had met Kimbrel maybe once. No matter. He had gotten the green light from Cora. The fix had begun.

“Nowadays you don’t even need to talk to people, it’s perfect,” he said. “I just sent him a message saying, ‘Hey Craig, I’m not sure if you care about these things but I’m friends with Alex and I’ve been seeing this or that. I think you should sit down to look at it. It’s an easy fix. It’s not that difficult. You might change your set-up, but that’s not that big of a deal.’ It was a pretty easy fix once he knew what he was doing.”

(Note: Gagne didn’t want to reveal exactly what he identified with Kimbrel, but this story from The Athletic offers insight into the changes the reliever made from Game 4 to Game 5.)

Gagne and Kimbrel never spoke, but continued the line of communication through the night. The next day, upon arriving at Minute Maid Park at about noon, the Sox' closer and pitching coach Dana LeVangie started digging into some of the suggested changes.

“He said there was definitely something there and the next night he changed the delivery so I knew he saw what it was,” Gagne said. “They fixed it.”

The importance of the offering can’t be overstated.

The Red Sox needed to the good Kimbrel, and that’s what they got thanks in large part to Gagne. The same Eric Gagne whose formal record will show he finished his career in Boston 11 years and one day ago with a 6.75 ERA in 20 appearances in a Red Sox uniform and informal record now is remembered for his role in another Red Sox World Series run.

“Now that I’m sitting down and not stressing about getting in the game it’s easier to look at it with fresh eyes,” he said. “It’s just a habit. I do it with everybody. I’ve got a lot of guys.”

Fortunately for the Red Sox, one of them is the closer for the American League champs.