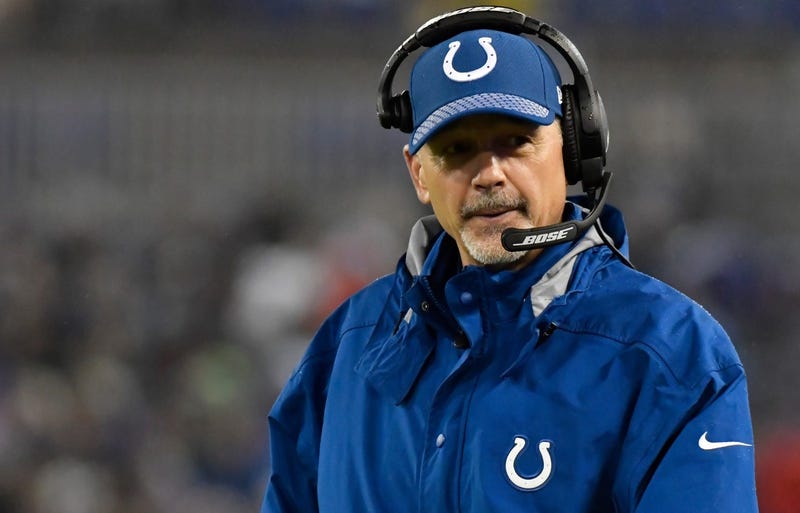 The Colts were on the rapid ascendance when they first selected Andrew Luck with the No. 1 overall pick in the 2012 NFL Draft. They made the playoffs for three straight years, advancing further each time. In 2014, the Patriots routed them in the Divisional Round, but the two clubs met up for a rematch in the AFC championship the following year.

Then the Colts reported the Patriots for playing with deflated footballs, and they’ve been cursed ever since. Over the ensuing three seasons, Indianapolis went 16-28, with Andrew Luck missing all of 2017. The Colts have replaced their head coach and general manager in that time span as well.

As WEEI’s Ryan Hannable notes, it’s absurd to pump up the Patriots-Colts rivalry in anticipation of their primetime clash on Thursday Night Football. New England has won the last seven meetings between these two teams, outscoring Indy 285-149. The greatest embarrassment for the Colts came in October 2015, when they attempted the worst fake punt ever in a sorry attempt to catch the Patriots off-guard.

Chuck Pagano was the mastermind behind that atrocity, which amazingly didn’t cost him his job on the spot. Somehow, Pagano survived for two additional seasons, feuding with former general manager Ryan Grigson and presiding over a tragic operation. The Pagano and Grigson relationship became so untenable, owner Jim Irsay reportedly brought in a psychologist to smooth things over. It did not work.

Grigson’s complete mismanagement of the NFL Draft doomed the Colts more than any Patriots schadenfreude. He made several baffling decisions, such as the selection of wideout Philip Dorsett in the first round in 2015, even though the Colts didn’t need another receiver. The offensive line and defense were neglected to calamitous effect, creating a situation where Luck was the second most-sacked quarterback in football in 2016 and the defense was bottom-10 in yards allowed. Indy finished 8-8 for the second straight season.

The 2017 campaign was disastrous, as Luck missed the entire year with a shoulder injury. The Colts went 4-12 behind old friend Jacoby Brissett –– who was acquired for Dorsett –– and canned Pagano. As we know, they wanted Josh McDaniels to succeed Pagano, but he bailed, prompting new GM Chris Ballard to declare the teams’ rivalry was “back on” at a sad attempt of macho bravado.

Ex-Eagles offensive coordinator Frank Reich was promptly brought aboard, and showed why he was the second choice with an atrocious play call Sunday that handed Houston the game. With a 4th-and-4 at their own 43-yard line with 27 seconds left in overtime, the Colts inexplicably decided to go for it, rather than punt and secure the tie. Luck’s pass fell incomplete, setting up the Texans in prime field goal position. They gained 24 yards on first down that produced the easy 37-yard game-winner.

There is some positive news for the Colts heading into Thursday. While they’re just 1-3, Luck has thrown for 1,126 yards, nine touchdowns, and three interceptions. He only has four completions of 25-plus yards, but that might be more reflective on Reich’s west coast offense than anything else.

Or, it could have to do with the Colts’ utter lack of receivers. Outside of T.Y. Hilton, who isn’t expected to play Thursday due to injury, their other wideouts have just 55 catches between them this season. Luck’s most dependable target Thursday might be rookie running back Nyheim Hines, who’s fresh off a two-touchdown performance Sunday in Indy’s heartbreaking loss to the lowly Texans.

Ever since Deflategate, the Patriots have gone to three Super Bowls and won two of them. The Colts have done nothing except go backwards. Thursday’s matchup is a reminder of how differently things have gone for the previous rivals.