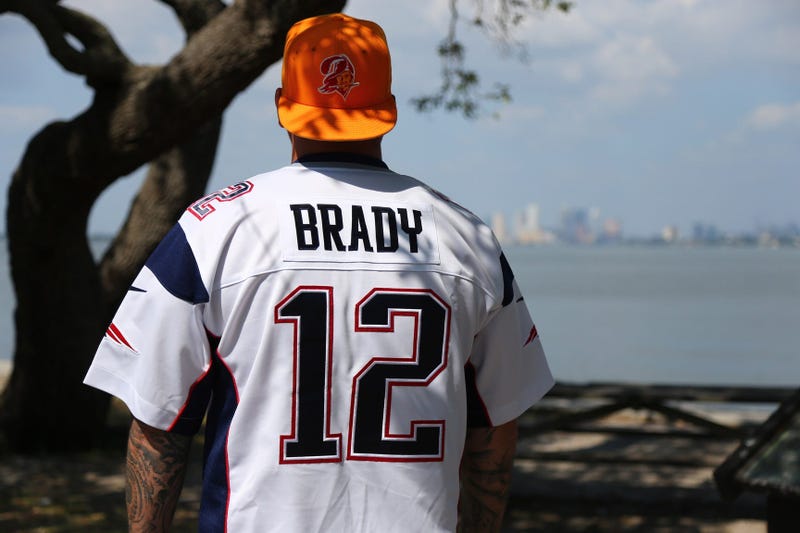 What a difference 16 months makes. When the confetti was falling on the night of Feb. 5, 2017 after the Patriots improbable come-from-way-behind Super Bowl LI victory, Tom Brady could’ve walked away for good during his postgame speech and nobody would’ve batted an eye.  It would have been pure poetry, the feel-good story of the new century with the ultimate fairytale ending. All of New England would have understood, reflected on the decade and a half of glory he provided and reveled in it. Fast forward to June 2018. Do you feel the same way? I don’t.

Full disclosure, I’m a Pats fan and have nothing to hide. I was a 20-year season ticket holder and have passionately followed this team since the immensely talented Patriots teams of the mid to late 70’s during my childhood. Like many, I suffered through the 80’s when deciphering the Patriots playoff chances each year was a migraine-inducing exercise. Then during the darkest years of the early 90’s, the suffering hit new levels of pain, when my friends and I would literally celebrate with high-fives when the Pats could manage first downs during a 2-minute drill. It was pathetic. So don’t for a minute think that I don’t appreciate the last 16 years because I do in a very profound way. However, during what can only be described as the most tone-deaf Patriots offseason in recent memory, I think Brady could learn a little bit from his fan base, one that has drawn more than tired of his passive-aggressive messages and failed Jedi mind tricks surrounding his recent absence from camp and his future.

Tom, you owe us 2 more years, minimum and here’s why.

Choices have consequences. I tell this to my kids all the time and seemingly like Brady, they don’t quite get it yet. Scoff if you like. One might say, it’s his body, his career, he’s more than paid his dues and thus, it’s his decision and all of that is true, or shall I say, was true. Brady made a choice last fall and thus this decision is no longer his alone to make. Once Brady directly intimated to Robert Kraft that he intended to play into his mid 40’s the paradigm shifted. Kraft bought it and who can blame him? Brady was amidst an MVP season, defying odds and Father Time and was speaking confidently and I’m sure honestly at the time. As Kraft said himself during the unfair and nonsensical farce of Deflategate, "I’ve never known Tom to lie." I do believe that. More importantly, Kraft believes that.

We all know what happened next. Kraft went all in on Brady and suddenly Belichick’s young and ideal successor, Jimmy Garoppolo was shipped out of town. Anyone who has enjoyed the last 16 years of Patriots football salivated at the thought that the succession plan was in place. The torch was ready to be passed and another decade of championship contention was in grasp and man did it feel good. Then, poof, it was gone. One conversation, one promise and one destiny altering trade left a nation of Patriots fans with a second round pick, a 41-year-old quarterback and the hope for a little more time to fix the future.

When the final episode of "Tom vs. Time" dropped and time expired in Super LII, that hope to fix the future began to wane. Hope reemerged some in April leading up to the NFL Draft as fans eagerly awaited the arrival of the new successor. Like too many Christmas presents of past though, I found myself wanting more. Danny Etling reminds me of a couple of sweaters I opened unhappily and never wore. The recent scuttlebutt surrounding Brady is even more concerning as fans and more importantly the organization are seemingly under the gun to solve a problem that now has no easy solution. Trust me, if you’re offering tryouts to Johnny Manziel and Christian Hackenberg the cupboards are bare. Let me take the suspense out of it for you, they both suck and neither Brian Hoyer nor Etling inspire much confidence either.

In the fall of 2017 leading up to the trade of Garoppolo, assurances were made from Brady to his ultimate boss Robert Kraft. I agree with the general consensus that Kraft’s actions were based on the verbal commitment that Brady made to him, selling him on his intentions to play well into his mid-40s. Now you can argue that Kraft should have been more cautious and acted more cautiously. He’s been around and lived through the Celtics holding onto the original Big 3 of Bird, Parish and Kevin McHale for far too long. He should have known better. However, just because Kraft made a decision based more on loyalty and devotion versus reason, that doesn’t absolve Brady of his commitment. A verbal contract was essentially made. I don’t think a savvy businessman like Kraft would have made a decision like this without confidence or conviction. Tom Brady needs to hold up his end of the deal.

Five Super Bowl Championships, eight Super Bowl appearances and all of the success Brady has attained is truly remarkable. His place on the mantle of the greatest of the great has long since been solidified. All hail at the throne! However, unlike the unfair debacle of Deflategate or the flawed arguments we heard for years on ESPN on Brady’s place versus Peyton Manning, it’s not your legacy in history or the national opinion that is now at stake. Oh no, it’s your legacy right here with your fan base in New England Tom. As Bill Parcells once so accurately said: "The losses hurt more than the wins feel good." And as wonderful as the last 16 years have been, if you leave the organization worse off than when you came, it will all be for not.

Bill Belichick coined the winning phrase "Do your job." Right now I’m thinking a more fitting slogan for Brady would be, "Finish your job." I’m looking for two more years. You essentially promised five to Kraft last fall. Let’s meet less than halfway and call it two years. This way you still win the negotiation and you don’t leave your team and fan base hanging in the lurch. Do the right thing and help your organization find a path to the future. I think you owe the team and the fans that, at a minimum.