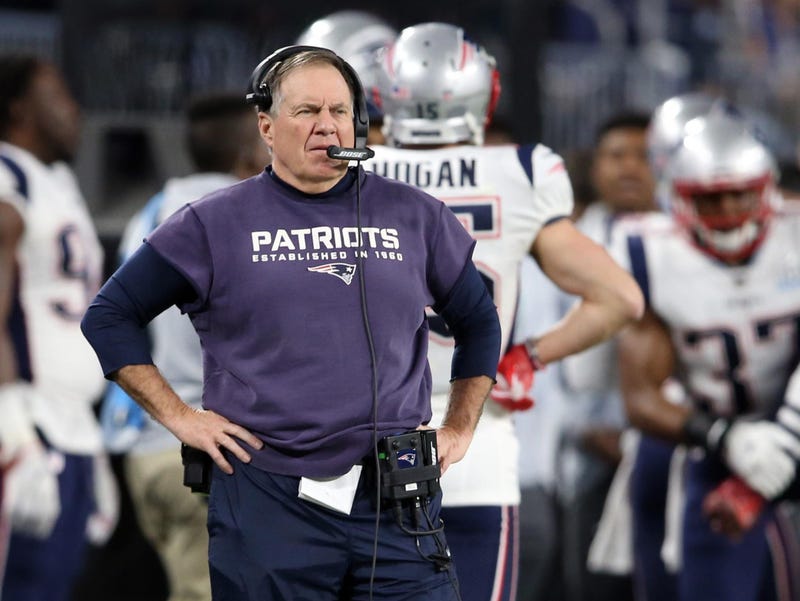 Some 65-year-olds are retired in Florida playing golf five days a week and their biggest worry is where to get the best early bird special.

For Bill Belichick, he’s trying to put together a Super Bowl contending roster with roughly $14 million in cap space and flying around the country to identify the best collegiate prospects, all while managing the inner drama at One Patriot Place.

With just over a month until the draft, he has his work cut out for him.

Comparing the Patriots’ roster at the end of last season to now, it’s hard not to give the edge to last year. Sure, Dont’a Hightower and Julian Edelman will make a huge difference, but Dion Lewis, Nate Solder and Danny Amendola are all gone without real replacements. (Malcolm Butler has departed, but it could be argued Jason McCourty has replaced him.)

With that being said, given the lack of cap space and number of needs that remain, it’s no easy task.

The biggest issue in Super Bowl LII wasn’t the play of the secondary, it was the lack of pressure from the front-seven and just poor overall play from the linebackers. New England barely pressured Nick Foles and the Eagles did a tremendous job of finding the right matchups in the passing game with the Patriots linebackers to seriously expose them.

The Patriots finished with the No. 5 ranked defense in points allowed last year, but that doesn’t mean it didn’t have its fair share of deficiencies.

Although newly signed defensive end Adrian Clayborn will definitely help with pressuring the opposing quarterback, he isn’t the complete answer. Belichick still needs to add a player or two who can make an impact getting after the passer, but also be able to set the edge.

Getting Hightower back will help, but the defense still needs another linebacker or two, especially one who has the speed to cover running backs out of the backfield. This seems like an area to address via the draft, as quick, athletic players are easier to find coming out of college and not after years in the NFL.

Defense isn’t the only area that needs addressing, either.

Perhaps the biggest priority is finding a replacement for Solder, who signed with the Giants last week. When it comes to free agent left tackles, LaAdrian Waddle and Cameron Fleming are the two best available and they both spent last season in New England. While they are serviceable, they aren’t a great long-term solution at the position.

New England drafted Tony Garcia in the third-round last season, but he's lost 40 pounds since because of blood clots in his lungs. He is expected back this season, but it’s really hard to depend on him. Belichick’s best option appears to be drafting a tackle high in the draft, but also having a stopgap player in place until that rookie is ready.

It’s up to Belichick to decide who those players are.

Finding multiple players with little cap space and then identifying impact players through the draft is hard enough, but it appears there’s still some issues with his own team to clear up, namely surrounding Tom Brady and Rob Gronkowski.

While not directly, both players have expressed some frustration with the culture Belichick has created and some feeling of not being appreciated and being able to be themselves.

This appears to be something Belichick needs to clear up, and in Gronkowski’s case, it may require a new contract. It doesn’t need to necessarily happen over the next month, but it certainly does at some point and is something that has to be in the back of Belichick’s mind until it does.

Entering his 19th season as coach/GM of the Patriots, Belichick has had a lot of challenging offseasons, but it’s hard to find one in recent memory where this much work remains a week following free agency and about a month until the draft.