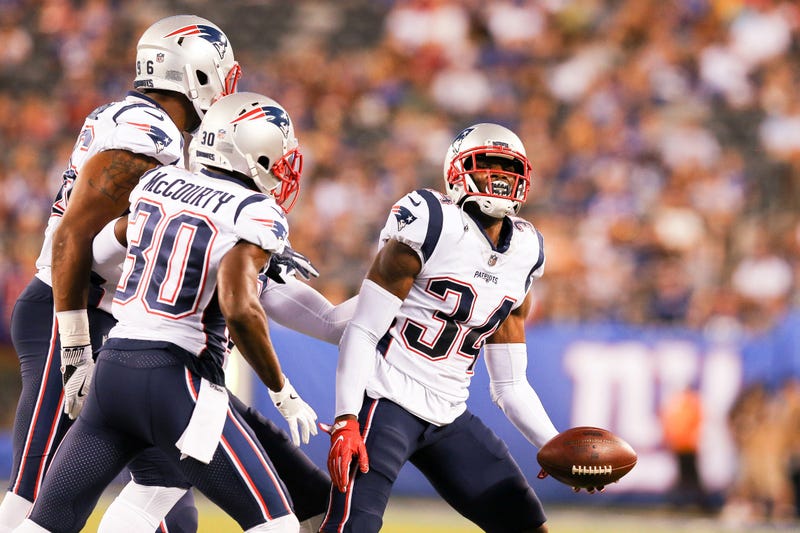 FOXBORO — This is the week for the Patriots’ secondary.

After a streak of four games playing some less than stellar quarterbacks and offenses, the group will certainly be tested by Ben Roethlisberger and the Steelers high-powered offense.

Pittsburgh enters the game with the fourth-best offense in the NFL, led by its passing game. The Steelers have thrown the ball the most of any team in the league, have the second-most passing yards and the fifth-most passing touchdowns.

Roethlisberger has the ability to make a big passing play really on any down. He has 14 plays of 40 yards or more, which are tied for the most in the entire NFL. This certainly will test the Patriots defense, which has allowed 44 passing plays of over 20 yards and nine of over 40 yards. Of the nine over 40 yards, three have occurred in the last two games.

Clearly, this will be a major focus for the Patriots defense and begs the question what will they do when it comes to covering Brown and Smith-Schuster?

It’s likely double one player with safety help and then single the other, and it could really go either way. It is worth noting Smith-Schuster has begun to line up more on the outside of late, which leads us to believe perhaps rookie JC Jackson may draw that assignment with help and then Stephon Gilmore and his $65 million contract will get Brown.

Jackson’s playing time has increased dramatically the past two weeks. He received 89 percent of the snaps against the Vikings and then 79 percent last week in Miami. Jackson replaced Jason McCourty as the No. 2 corner when McCourty allowed three catches on three targets for 71 yards and a touchdown to Kenny Stills against the Dolphins.

McCourty may not be quick enough to keep up with either Smith-Schuster or Brown, and that may force him into the No. 3 corner role this week. After playing 100 percent of the snaps in the two games prior to Miami, he played just 65 percent of the snaps, his fewest since Week 1.

It would not be a surprise to see the trend continue this week with Jackson jumping him on the depth chart.

Speaking in the locker room Wednesday, Jackson seemed ready for the challenge of potentially being matched up against either Smith-Schuster or Brown this Sunday.

“I felt and feel pretty confident in myself going against some good receivers down in Miami and now this week,” he added. “I feel like the coaches and the players believe in me.”

The splits are also in Jackson’s favor.

Jackson made the team as an undrafted rookie and has seemed to get better and better each week, learning from his mistakes and what it takes to be a successful NFL corner.

“I am getting better each and every week,” Jackson added. “Each day I come in and put my head down and just grind.”

Jackson’s hard work since he arrived in New England has paid off and may see him on the biggest of stages Sunday afternoon in Pittsburgh when he gets one of the tougher assignments of the entire year for a cornerback.