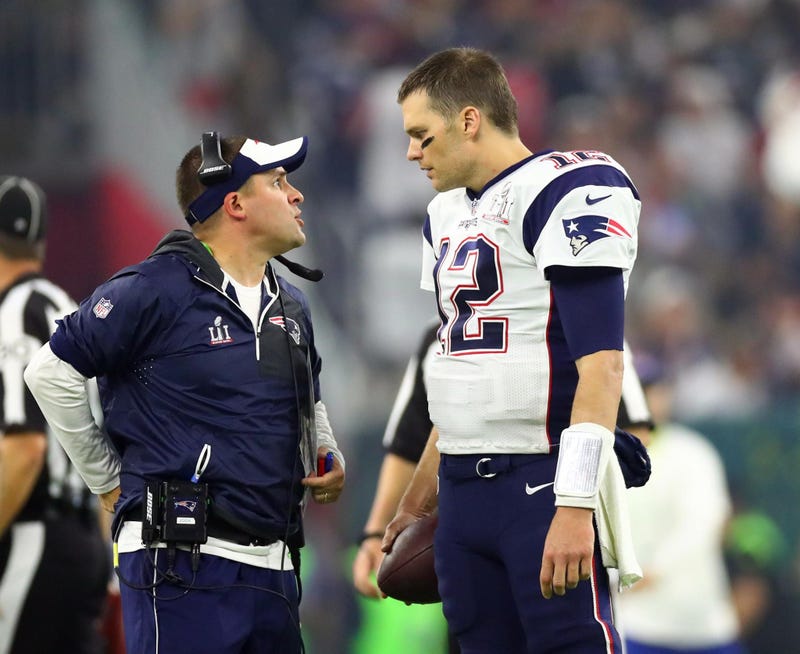 After Josh McDaniels had cold feet and left the Colts at the altar to return to the Patriots, the first thought was it was related to Bill Belichick.

Immediately some thought Belichick was about to call it quits, but then once it was reported by many he would be back for 2018, it was tweaked to feel like the succession plan to have McDaniels eventually take over has begun.

This was all but confirmed on Wednesday when ESPN’s Mike Reiss reported Belichick wants to take McDaniels under his wing and show him how he approaches roster building and even managing the salary cap.

While keeping McDaniels around to be the likely successor of Belichick was probably a main reason for the Krafts final play, keeping Tom Brady happy may also have been a factor as well.

There have been reports of increasing tension between Brady and Belichick for most of the year and the communication between the two not being at the same level as it once was. It never got to the point of it impacting things on the field since the two have such a strong desire to win in common, but the events of Super Bowl LII may have made the friction between the two as strong as ever.

Belichick benched cornerback Malcolm Butler in the game for unknown reasons and many took to the 27-year-old’s defense on Tuesday by liking his Instagram post where he explained his side of the story. Butler said he didn’t break any team rules the week of the game and wished he could have contributed in some way. It appears to be strictly a performance-based decision and it's worth wondering what would have happened if he would have been on the field, even just for the second half.

But, Brady took it a step further by commenting on the post with, "Love you Malcolm. You are an incredible player and teammate and friend. Always!!!!!!"

This appears to go directly against Belichick and makes you question how Brady feels about his coach.

Imagine if McDaniels did leave for the Colts, who would Brady have left? Since Brady is just a year younger than McDaniels, he’s arguably the person he’s closest to on the entire team — even closer than with Edelman. When something goes wrong, who do you think Brady is calling to vent? McDaniels.

Brady’s new offensive coordinator would likely be wide receivers coach Chad O’Shea, who is very smart in his own right, but certainly couldn’t have close to the relationship Brady has with McDaniels now.

Keeping McDaniels around keeps the three-time MVP happy and also provides a middle man between Brady and Belichick, which will likely prevent any big blowup from happening.

Also for Brady, who has likely just a few years left, he doesn’t have to almost start over with a new coordinator. He can continue business as usual working closely with his guy in McDaniels.

It’s hard to imagine things being so toxic between Brady and Belichick that he would have take things to the extreme and leave the organization, but Brady’s response to Butler’s post on Instagram was as strong of a shot at Belichick as the quarterback has taken in his 17 years in New England.

The relationship between Brady and Belichick in all likelihood will be repaired and there won’t be as much tension next year as there is now, but who knows what would have happened if McDaniels did indeed depart for the Colts and Brady was essentially left on an island by himself.

Fortunately, thanks to the last-ditch effort by the Krafts to keep McDaniels, the Patriots won’t ever know.