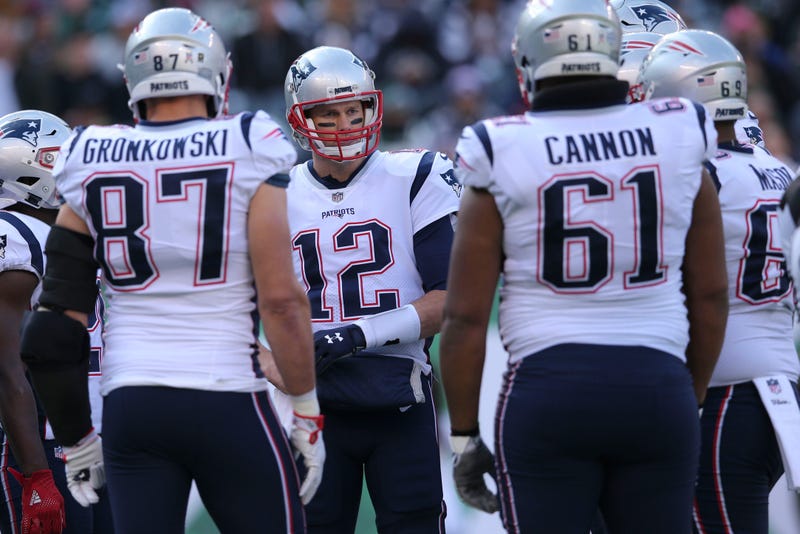 EAST RUTHERFORD, N.J. — By the time Week 12 usually rolls around most NFL teams, including the Patriots, know what they have and who they are.

After a 2-2 start last year, the Patriots won seven straight games to improve to 9-2 after Week 12 and it was pretty clear the team had what it took to make a deep playoff run.

Same deal in 2014. Seven straight wins after a 2-2 start had them feeling good about themselves and gave off a feel that they would be just fine.

In 2009, it was the other way around. Week 12 was the blowout loss on Monday Night Football to the Saints and it was then it became clear the team just didn’t have what it took to go anywhere and Bill Belichick couldn’t get it to respond the way he wanted.

This year? Who knows?

After starting 2-2, the Patriots won six straight before an uncharacteristic late-season blowout loss in Tennessee during Week 10 to fall to 7-3 entering the bye week.

The Patriots responded with a 27-13 win over the Jets Sunday at MetLife Stadium, but there’s still a feeling of uncertainty when it comes to what exactly the team will turn out to be.

“I certainly think we came here a desperate football team with a lot of urgency and we saw this as a huge game for us, a must-win game,” special teams captain Matthew Slater said. “We were playing with a lot of emotion. I think we needed to do that on the road. We haven’t done a great job of that all year long.”

“We had a bad taste in our mouths, certainly,” he added when speaking of the Titans game. “It’s not that we lost, it’s how we lost in Tennessee. It was a bad taste in our mouths and Coach [Belichick] certainly challenged us throughout the last couple of weeks to be better and we answered the call here today. We just have to continue to make strides in the right direction.”

Bouncing back after the difficult loss a few weeks ago was a nice thing to see, but first off, it was against the 3-7 Jets with Josh McCown starting at quarterback, who entered the day with a quarterback rating below 40. Also, after falling behind in all three road losses this season, they allowed the Jets to score first and went into halftime with the game tied at 10.

For the past two weeks getting off to a fast start was preached and yet the Patriots came out flat on both sides of the ball — a sloppy first offensive possession that ended with a punt and then defensively, a nine-play, 65-yard drive that ended with a Jets touchdown the second time they touched the ball.

Is this team really capable of a deep playoff run if it can’t come out of the bye week strong against the lowly Jets?

According to the players, it was just about getting a win.

“I wouldn’t say really to prove [anything], we just needed to win more than anything,” safety Duron Harmon said. “We practice so hard each and every week to come out here and play this game the right way with a lot of emotion and having fun and to win. We just needed to win just to get a win and get back on track, and get this ship going the right way.”

“I think we just confirmed what we believe we are and I think we were able to go out there and prove that,” Slater added. “That is good to mentally affirm that and know that we’re capable of doing it when we’re locked in and focused. I don’t think we learned anything new about ourselves, but it was a big confidence builder certainly.”

Coming out of the gates fast and jumping out to a double-digit lead would have said a lot more about who the 2018 Patriots are instead of waiting until the second half to pull away. Did they only pull away because the Jets are just a bad team and the Patriots are more talented, or did they show that they have a winning mentality that can carry them into January?

As we stand with five game left in the regular season, the Patriots could very well win out and get the AFC’s No. 1 seed. Or, they could lose multiple times and end up playing on wild card weekend.

Maybe their identity is just that — they don't really have one.