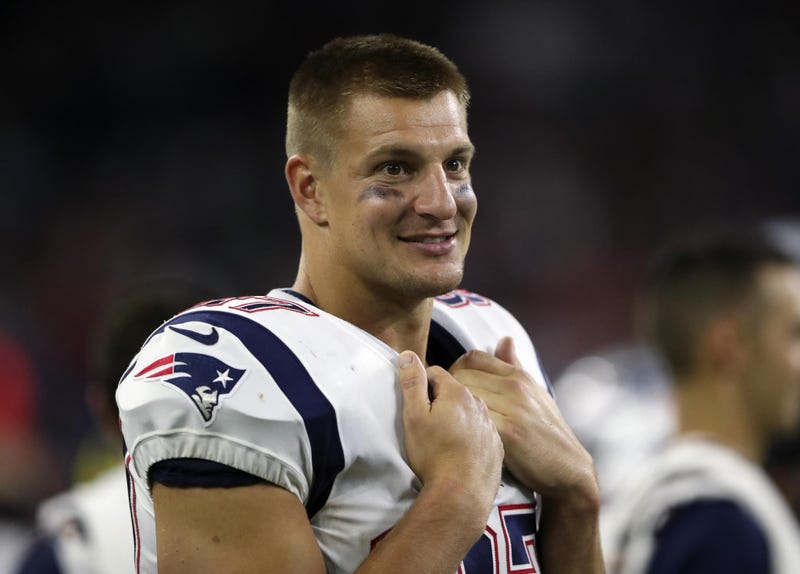 The drama with Rob Gronkowski this offseason continues.

On Sunday, ESPN’s Adam Schefter reported the tight end will not be present at the start of the Patriots’ voluntary offseason workout program on Monday. Tom Brady won’t be present either, but that’s because he’s wrapping up a Best Buddies weekend trip in Qatar.

It seems like Brady and Gronkowski are different cases.

The Patriots quarterback likely will be at the workouts once he arrives home, but the All-Pro tight end missing the first day could be a sign he plans on skipping most, if not all, of the offseason workout program.

Speaking on Friday at his pre-draft press conference, Bill Belichick acknowledged there may be a few players missing Monday, but overall it would be “heavily attended.” Missing the first day is not a big deal at all (Brady did last year), but missing weeks and weeks, that’s when the narrative begins to change.

Gronkowski has a $250,000 workout bonus this season, which is based on attending a certain percentage of workouts. If he fails to attend a good majority of the spring sessions and misses out on the $250,000 then it’s a pretty good indication there’s something going on.

What exactly is that something?

No, it’s not contemplating retirement as much as he’s trying to push that narrative, it’s a new contract.

The Boston Herald’s Karen Guregian hinted as much with her report on Sunday. The report said the Gronkowski camp and the Patriots have kept in contact and some discussions have been surrounding his contract.

Not only that, Gronkowski can take a look at the deals free agent tight ends and even receivers have signed this offseason, and it isn’t hard to see just how under-paid he is.

By having just under $14 million in cap space right now, the Patriots have some extra money to spend, which they didn’t before the trade of Brandin Cooks. Being so late in the offseason, it feels like some of this money could go towards a new contract for the tight end.

At 28 years old, he’s signed through 2019 so the team could potentially sign him to an extension and rip up the current deal to make him paid more appropriately, or another option could be to put in the incentives like they did last year. It’s worth pointing out these incentives were added in late May, so there’s still plenty of time for this to happen. But, Gronkowski was only scheduled to make $5 million in cash before the incentives were added.

By not attending the offseason program, it’s putting the pressure on the Patriots to give him a new deal. It doesn’t really mean much missing the first few weeks, as it’s more weight lifting and the tight end stays in great shape on his own, but it’s a sign he’s preparing to skip out even more.

If Gronkowski misses OTAs, which begin May 21, and then potentially mandatory minicamp, then there’s an issue.

It isn’t just his contract, either. He seems to also be upset with the organization, particularly Belichick, when it comes to the overall atmosphere the coach creates and then the blowback for working with Alex Guerrero.

Gronkowski knows how valuable he is to the team, so he has a good amount of leverage, especially considering the Patriots didn’t add a tight end in free agency. In his mind, eventually the Patriots will have to crack, and not attending any offseason programs puts the pressure on them to do so.

The tight end missing the first couple of offseason workouts wouldn’t be made into such a big deal if he were playing for a team other than the Patriots, as that is what they are known for — having virtually all their players attend every voluntary workout. This is one of the reasons why they are so successful, having everyone buy in to the same mentality.

By missing at least the first day of the workouts he’s making as big of a statement when it comes to his contract as he has all offseason. Cryptic Instagram posts are one thing, but actually not attending a team activity takes it a step further.

It’s obvious Gronkowski’s intention is a new contract and the Patriots don’t really have a choice, or a reason, not to make it happen.