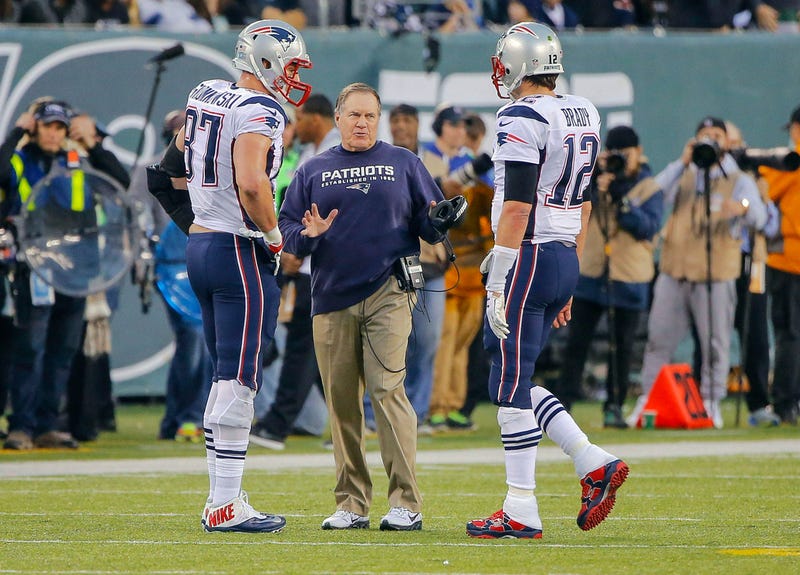 It’s been over two months since Super Bowl LII and there’s still no confirmation Rob Gronkowski will play in 2018.

In fact, things have only gotten more complicated and more complex.

Most recently, ESPN’s Jeff Darlington reported while it’s “pretty certain” Gronkowski plays in 2018, he also added “as long as Tom Brady remains with the team.” This is essentially linking the two as a package deal.

This really started last year when Gronkowski began working with Brady’s personal trainer, Alex Guerrero. It continued into the offseason when Gronkowski posted a good bye Instagram to Danny Amendola where he noted “be happy, be free” in Miami. This reportedly irked Bill Belichick and it was actually endorsed by Brady as he commented, “Well said gronk!!!!”

Gronkowski and Brady are putting themselves above the team.

There are dozens of other players in the locker room that went through the exact same thing as Gronkowski and Brady last season, but they aren’t taking it to social media.

This is turning into a tricky situation for Belichick, especially the longer it goes.

If these were the 51st and 52nd players on the roster, there’s no way the coach would allow it to happen and the two would either to be told sternly to knock it off, or simply get cut. Since Brady and Gronkowski are the two most important players to the team, Belichick cannot act like he would with anyone else.

Belichick is unlike almost every other coach in the NFL with the way he coaches his team. No one is more of a hard ass than Belichick, and no team in the league works as hard as the Patriots do. One of the main reasons why Belichick can act the way he does is because players like Brady and Gronkowski go right along with it.

In addition, the 65-year-old coach gets on Brady during practice and in the film room just like he’s a rookie. If Belichick acts a certain way with Brady, he can act that same way with any other player.

With the Patriots’ offseason program starting April 16, things could get interesting.

Let’s say Brady and Gronkowski don’t show up, what kind of message would this send to the rest of the team? Wouldn’t other players see what’s going on and maybe start to side with them, even begin to revolt against Belichick in a way?

For Belichick to continue with the same culture he’s had for the last almost 20 years, he needs Brady and Gronkowski to be somewhat on board. Sure, tension can still exist, but if they don’t show up to Gillette Stadium in a few weeks, things will get very difficult for the future Hall of Fame coach.

What if Belichick decides he’s had enough of Gronkowski and trades him? A couple of teams reportedly will approach the Patriots about a trade for the All-Pro tight end, so it’s certainly possible.

But, just imagine the outrage from Brady.

If the reported tension last year over Guerrero was real, Gronkowski being dealt would multiply that by ten.

Belichick is in a precarious spot. He wants to maintain the culture he’s created — and by the way has been the reason for his five Super Bowls as head coach — but also doesn’t want to risk losing his two most important players.

Any concessions made to either one of them would go completely against his way of coaching and could potentially cause friction with other members of the team. Belichick’s style doesn’t work if some players are given special treatment.

The longer the drama goes, the tougher it becomes.

For Belichick’s sake, Brady and Gronkowski better be at the facility on April 16 or else the coach may be in for the biggest battle of his career, and it wouldn’t even be on the field.