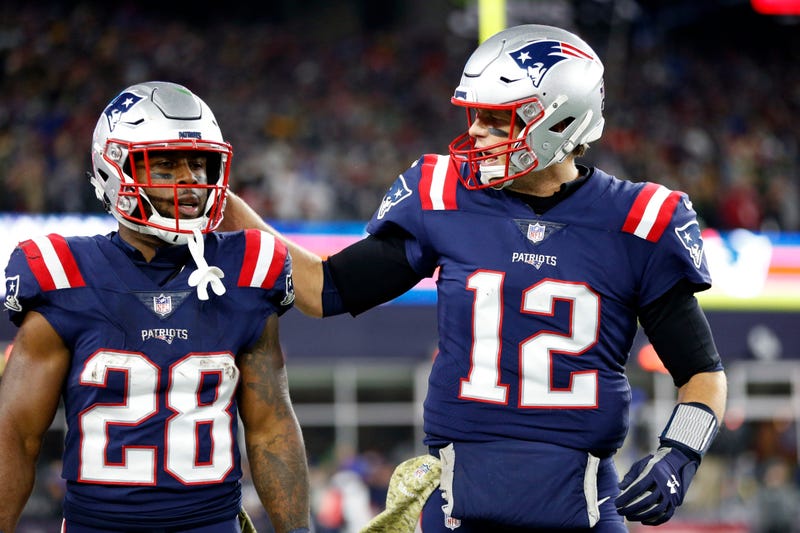 FOXBORO — No Rob Gronkowski, no Sony Michel, no Shaq Mason, and an Aaron Rodgers-led Packers squad coming to Gillette Stadium desperate for a win on Sunday Night Football — this had loss written all over it for the Patriots.

But instead of using those absences as excuses, the Patriots went out and played their best game of the year in their 31-17 win — their sixth straight overall.

New England scored 14 fourth-quarter points and held the Packers to just seven second half points in an impressive win.

The biggest story was the play of the defense, as while it entered the game 12th in points allowed, it still was 25th overall and hadn’t really put together a strong game against a quality opponent.

Allowing seven points to the Dolphins and six points to the Bills helped skew the numbers and make up for allowing 40 to the Chiefs and 31 to both the Jaguars and Bears. But, allowing 17 total points and only seven in the second half to Rodgers and the Packers is no joke.

“It was a big test for us and for us to be able to go out there and do what we did and play solid defense, just give our team a chance to win, it was a great day for us,” safety Duron Harmon said after the game.

Green Bay finished with 368 yards of total offense and Rodgers threw for 259 yards and two touchdowns, but the Patriots defense was able to come up with both plays and stops when they were needed most.

With the game tied at 17 early in the fourth quarter and the Packers driving, Lawrence Guy hustled down field to knock the ball out of running back Aaron Jones’ hands, and Stephon Gilmore battled in the pile to recover the fumble and give New England the ball.

Aided by a double-pass from Julian Edelman, the Patriots went onto score the go-ahead touchdown on the ensuing possession. The defense then stepped up once again, forcing a three-and-out and the Patriots offense took full advantage by scoring another touchdown — a 55-yard reception from Josh Gordon -- to pull away for good.

Green Bay finished the game: punt, fumble, punt, turnover on downs. Pretty good against the offense that came into the contest scoring 14.6 points in the second half, the sixth-most in the NFL.

“It was a huge play,” Harmon said of Guy forcing the turnover. “If you just look at where they were at, they were driving the ball and getting into the red area. It was just a great play by Lawrence [Guy]. We always talk about creating turnovers. That’s the only one we had today but it was a big one. Definitely switched the moment a little bit, and we were able to use that and create a good gap.”

Added Devin McCourty: “We always talk about progression. You see a lot of guys playing and us doing different things each week. That’s not easy. I think every year we are talking about getting better as a defense and improving. It’s that time of the year where you want to see some of those improvements. It wasn’t perfect, but some of the things that we want to do defensively, tonight we got done. I think that’s the biggest difference against a really good offense.”

While the unit may not be as dominant as some past Patriots defenses, it’s getting better each week and proving it has the ability to make plays at key moments, which is all that is needed to compliment a Tom Brady-led offense.

Speaking of the offense, even without three of its most important pieces — Gronkowski, Michel and Mason — it was able to put up 31 points. New England has now scored at least 31 points in five out of its last six games.

Sunday certainly wasn’t Brady’s best game of all-time, but the 41-year-old showed the ability to make the big throws when he needed to. Perhaps none bigger than finding Phillip Dorsett on third-and-7 for a 17-yard gain on the go-ahead touchdown drive early in the fourth.

“Offensively, we had some plays that we all would have liked to have done a lot better job on. But, we made some plays in the fourth quarter when we needed to, and anytime you beat a good football team, it feels good,” Brady said.

With all those players missing, it’s obvious the Patriots offense can be even better, and is the offense ever really a major concern with Brady at quarterback? Scoring 69 points in the two games Gronkowski has missed this year says a lot about the unit.

In the early part of the year, especially following back-to-back losses at Jacksonville and at Detroit, there were plenty of concerns and questions with just how good the 2018 team would be. But, following six straight wins capped off with a striking double-digit win over the Packers without some key pieces things are now coming into form.