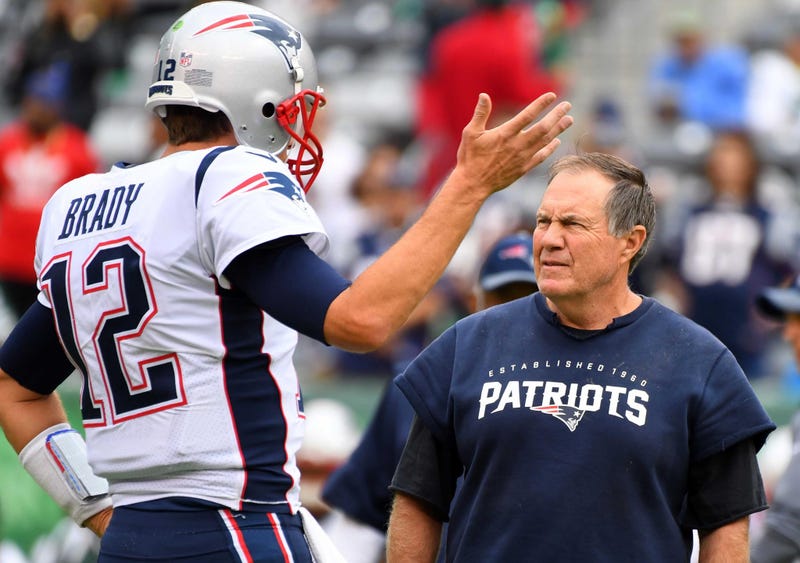 Imagine being the best at what you do and still being berated by your boss on numerous occasions after 18 years of working together, all while winning multiple awards together along the way.

While the National Football League isn’t the real world and most people aren’t making tens of millions of dollars each year, these players are still human and the constant negativity eventually runs its course and gets old.

How would it feel to have a great day on the job, get tons of recognition for what was accomplished, but then the boss comes in and nit-picks one tiny thing that didn’t go the way it should have?

Looking at things this way, it’s not hard to see why some current and former members of the Patriots are voicing their true feelings when it comes to playing for Bill Belichick and the Patriots.

It started with the final episode of the Tom vs. Time documentary with Gisele Bundchen speaking, voicing the thoughts of her husband.

“These last two years have been very challenging for him in so many ways, and he tells me, ‘I love it so much and I just want to go to work and feel appreciated and have fun,’” Bundchen said.

Last weekend, Danny Amendola was the latest player to share his true feelings.

"It's not easy, that's for sure. He's an [expletive] sometimes,” Amendola said to ESPN’s Mike Reiss when the receiver was back in the New England area for a “Relay For Life” event at Merrimack College. “There were a lot of things I didn't like about playing for him, but I must say, the things I didn't like were all in regards to getting the team better, and I respected him," he said. "I didn't like practicing in the snow, I didn't like practicing in the rain, but that was going to make us a better football team and that was going to make me a better football player. It wasn't easy, and he'd be the first to admit, at the [Super Bowl] ring ceremony, that it wasn't easy playing for him. The silver lining was that we were at the ring ceremony."

And Amendola isn’t the only player to publicly say these types of things, either. Julian Edelman basically said the same thing during Super Bowl week.

“I love Coach Belichick,” he said on Sirius XM’s Barstool Radio. “He gave me my first opportunity. He believed in me and a lot of people didn’t. He’s an [expletive] and I hate him a lot of times and this that, but I still love that man to death. I know the day my production goes down and I’m not playing well he’s going to get rid of me. It doesn’t mean I don’t love him for what he’s given me right mow in my life.”

We bring this up as it is relevant given what is taking place between the organization, specifically Bill Belichick, and Tom Brady/Rob Gronkowski.

The duo reportedly won’t be participating like normal, if at all, in the Patriots’ offseason workout program and their reasons seem to be centered around Belichick’s hard-nosed approach.

Gronkowski is on the books to make just over $8 million in 2018, which comes after making just over $10 million in 2017 because of hitting incentives. Basically, the best tight end in the league is being asked to take a pay cut after being an All-Pro. But, in Belichick’s eyes? Gronkowski signed the contract.

Brady’s personal trainer Alex Guerrero was banned from Gillette Stadium last season, which forced the quarterback to even get worked on in a stadium suite before one of the final regular season games. Clearly, Guerrero’s methods are working (not only with Brady, but Gronkowski and others too), but Belichick doesn’t like him being around because of the tension he creates with the Patriots training staff.

By these two players skipping out on these voluntary workouts it’s them making a statement that they aren’t exactly thrilled with what’s taking place and there may also be some built-up tension from spending years and years playing for Belichick.

It’s OK to acknowledge the sub-messaging social media posts (Gronkowski) and support of them (Brady) are a bit immature and unnecessary, but at the same time see where they are coming from.

In the end, it feels like both players will do what it takes to make sure they are fully ready for the 2018 season on their own and all sides will eventually come together and work things out. But, there’s no question by missing these workouts for the first time (since 2010 in Brady’s case), they certainly are going against the “Patriot Way.”

And with all their success and what they have dealt with over the years, can you really blame them?