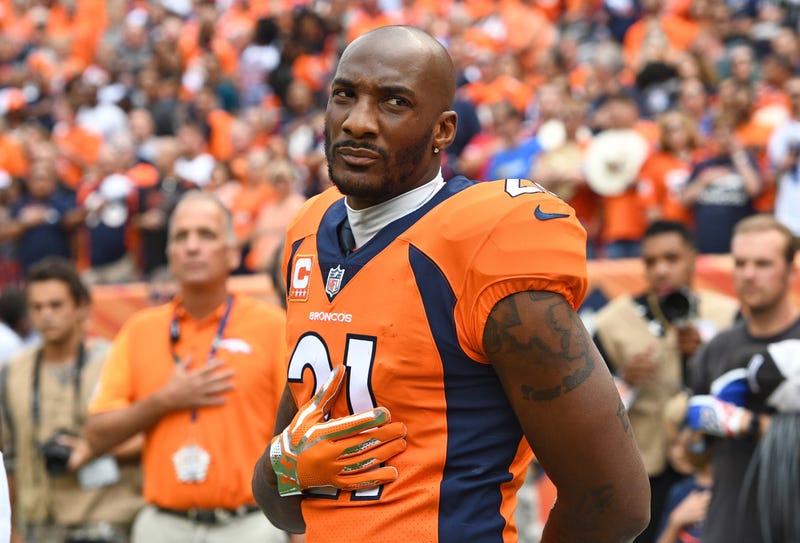 Cornerbacks Richard Sherman and Aqib Talib are both closer to the end of their careers than the beginning, which makes it no surprise they would like to potentially join a team like the Patriots at this point given their age.

Over the last week or so, and intensifying Wednesday, there have been rumors connecting both players to the team. With Malcolm Butler likely departing via free agency, the Patriots will need to replace him to pair up with Stephon Gilmore at the cornerback position.

Sherman’s status in Seattle is very much up in the air.

All options are in play as he could be traded, released or kept on a lesser salary. He’s scheduled to be a cap hit of $13.2 million this coming season, which comes following suffering a season-ending Achilles injury in 2017 and then having a different cleanup procedure on the other Achilles a few weeks back.

The soon-to-be 30-year-old isn’t in the best shape health-wise and returning from a ruptured Achilles is no sure thing, especially at his age. He has said he expects to be ready for training camp, but that’s no guarantee.

It just seems like a major risk for the Patriots to try and bring him in, and not just from an on-field perspective.

Ultimately, is Sherman a player Bill Belichick wants to deal with?

Tom E. Curran’s terrific column earlier in the week reminded us of an Urban Meyer quote about Belichick from last April.

“I’m always amazed how he takes these non-stars and makes them stars,” Meyer said. “He takes these players that you haven’t really heard much about and all of a sudden they’re making great plays in the biggest games of the year.

Multiple times in recent years Sherman has been critical of the Seattle coaching staff, including head coach Pete Carroll. He’s also had his fair share of issues with the media.

Has this ever been something Belichick has put up with? Does he want to coach someone like Sherman, who does a lot more than just play?

Other outspoken players have come to New England and done fine, but these players generally are outspoken about non-football things, like Martellus Bennett and his Imagination Agency.

Another thing to consider is, is this the right offseason to bring in such a candid player like Sherman with all the turmoil that occurred last year, which was capped off with Butler being benched in the Super Bowl?

Talib is also likely not staying in Denver. The team reportedly is trying to trade him, but haven't been successful. It seems he will be released sooner rather than later, and the Patriots are said to be the team he would like to then sign with the most.

While Talib certainly isn’t an angel, the fact he spent one and a half seasons in New England under Belichick without any issues certainly helps his cause and instantly gives him a huge edge over Sherman with easing any concerns.

The 32-year-old has been in the Patriots locker room, so he knows what it’s like to be a Patriot and knows the system. But, most importantly, health isn’t a concern. Talib would be ready to go from day one without any hesitations.

It’s also worth noting given Talib’s age, he likely has one more contract to go before he calls it a career, and it’s likely two or three more years. Sherman on the other hand, who will turn 30 soon, has either one big one, or a one or two-year deal and then one more multi-year deal. Financially, Talib would probably ask for less, too.

Talib makes more sense for what the Patriots need from a cornerback right now. They already have a few younger pieces in place that are still developing — Cyrus Jones, Jonathan Jones and Ryan Lewis — so ideally in a year or two these players will be ready to step in and play full-time roles. Basically, the Patriots need a player to be a stop-gap.

Say the Patriots signed Sherman to a one-year “prove it” contract, you always have to be wary of that player worrying more about himself over the team, and making sure he looks good rather than the overall success of the team. New England doesn’t need Sherman for a long time, as it already committed to Gilmore as its star cornerback of the future.

From an on-field perspective, Talib has proven he can matchup with some of the best receivers in the game and get it done. He and Gilmore would arguably be the best cornerback tandem in the entire NFL, making it extremely tough on opposing offenses. At 6-foot-3, Sherman is one of the biggest corners in the league, but New England already has a corner to match the bigger receivers in Eric Rowe. Talib may actually fit better in the Patriots' scheme than Sherman would.

There’s no question the Patriots will need to replace Butler this offseason, and it doesn’t make sense to via the draft given the uncertainly of rookies stepping in and playing right away. The free agent market isn’t that great either, so what does that all mean?