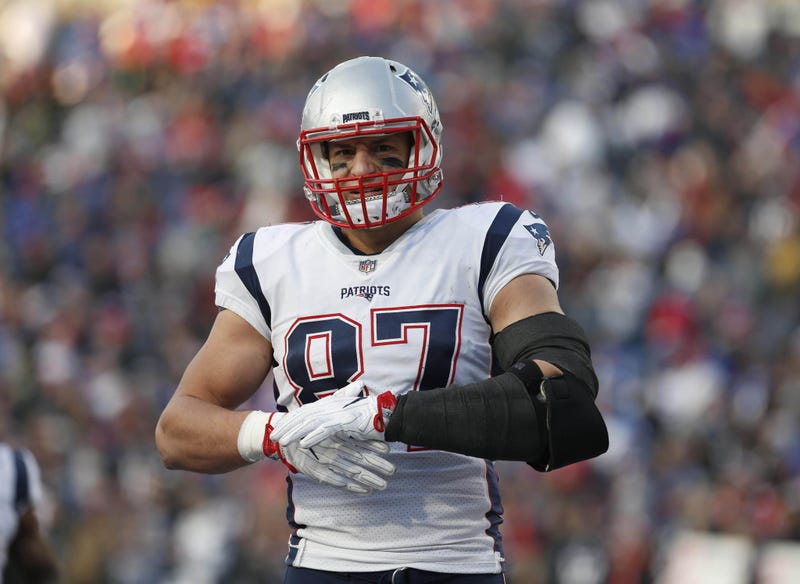 OK, maybe this is actually a thing.

Immediately after the Super Bowl LII loss, Rob Gronkowski said he needed to do some thinking about his future and wouldn’t commit to playing in 2018. Sure, right after a tough loss and season emotions are running high and it isn’t the best time to be speaking about the future.

But, it’s certainly plausible why retirement would be a possibility, though.

Just look at the beating his body has taken — three back surgeries since 2009, a torn ACL and MCL in 2013, a forearm fracture that required four separate surgeries in 2012, and two concussions, the most recent this past postseason.

Another theory is it was a ploy to get a new contract — give himself some leverage against the Patriots as a way to get a new deal. After all, he’s going to be the fourth-highest paid tight end in the league next year, when in reality he’s the best. This could be a reasonable explanation for his words after the game, too.

But, three weeks later and still nothing from the Gronkowski camp regarding 2018, it’s getting real. Playing football for the Patriots next season is not a guarantee.

Not only has there been nothing from the Gronkowski camp about his football future, the only thing coming from him has been cryptic tweets that don’t exactly scream he’s playing football in 2018. They actually leave more questions than answers.

The latest came Monday when he tweeted, “There are NO limits!!!!!”

This is apparently part of a slogan for an upcoming WWE wresting event, which is one of the things Gronkowski could reportedly do if he doesn’t play football.

With free agency getting underway in a few weeks, the Patriots have to at least start thinking of life potentially without Gronkowski — and it’s not good.

New England would certainly need to be active in the free agent market, and while there definitely aren’t any Gronkowskis available, it’s also not a very good offseason for free agent tight ends overall.

Jimmy Graham is likely the best one available, but at 31 years old he probably cannot be counted on to be the No. 1 guy. Ideally, he would play with another above average tight end and they would be a terrific tandem. The same can be said for Tyler Eifert, as the number of injuries he’s suffered make him more of a complimentary piece, not someone to be counted on to carry the load.

Younger free agents include Austin Seferian-Jenkins and Trey Burton, while the draft class may be one of the worst in years.

Without Gronkowski, the Patriots likely would keep Dwayne Allen and Martellus Bennett, instead of them being cap casualties. The pair along with any one of the previous names mentioned isn’t anything to get excited about.

In fact, with how much Tom Brady and the Patriots offense rely on tight ends it is actually pretty scary. They’ve relied heavily on two tight end sets of late and not having two solid ones would change the entire complexity of the offense.

Just look at how poorly the offense performed in the Miami game when Gronkowski was suspended. It looked like an entirely different unit.

Given how long this has dragged on, combined with the lack of outside options, it’s not a good feeling for the Patriots. But, this concern could all change with a few words from the tight end saying he’s back, even if that means with a new contract.

And if not, they could be in a whole lot of trouble.