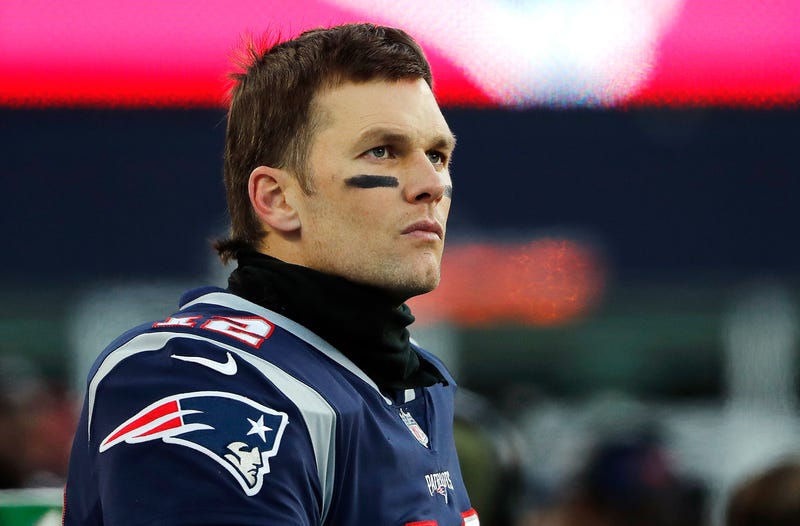 FOXBORO — Sunday was a good day for the Patriots.

In the regular-season finale, New England smoked the Jets, 38-3, which was its largest margin of victory since Week 16 of the 2016 season that also came against the Jets. The win secured the team’s ninth straight first-round bye, extending its own NFL record.

After some shaky performances the last few weeks on both sides of the ball, each unit should go into the playoffs feeing pretty good.

Beginning on offense, after last week’s dreadful passing performance against Bills when Tom Brady went 13-for-24 passing with 126 yards, a touchdown and two interceptions for a QB rating of 48.3, the 41-year-old responded with one of his better games of the season.

Brady was 24-for-33 with 250 yards and four touchdowns for a QB rating of 133.8. After completing passes to just four players against the Bills, he completed passes to seven different players against the Jets, and that was without wide out Cordarrelle Patterson, who missed the game with a knee injury.

It was also encouraging to get receivers Phillip Dorsett and Chris Hogan involved because the offense will certainly need them going into the playoffs. Ever since Josh Gordon came aboard, Dorsett’s snaps went away and Hogan just seemed to lose chemistry with Brady. It appeared Brady and offensive coordinator Josh McDaniels went into the game with a priority of getting these two players going.

The offense is clearly much better with a number of players involved so the defense has more to think about — and that includes a running game which showed what it can do with 273 yards on the ground last week, and 131 more yards this week.

“I feel like when everyone gets involved, the offense flows,” Dorsett said. “We put a great game plan together when it came to getting everyone involved, getting everyone touches, and I think it worked. I think it’s easier for Tom [Brady]. He makes it look so effortless when the offense is like that. They tried to stop the run so we knew we needed to pass the ball and Tom did a great job of spreading it around.”

As for Brady specifically, he looked a lot better than he did last week, but that doesn’t mean it was a perfect, vintage Brady performance.

The quarterback missed some throws, including missing Hogan wide open in the end zone during the first half, and then having several swing passes batted down at the line of scrimmage that should not have been. He also still showed some signs that his knee is not 100 percent. For the second week in a row he didn’t take his pregame jog to the opposite end of the field. Instead, he stopped at the 35-yard line and began his warmup. It's also worth noting when he was on the ground he made sure not to put any pressure on his left leg when getting up, sometimes rolling over awkwardly to get up with pressure on his right leg.

Nonetheless, Sunday’s performance was just what Brady needed going into the playoffs. And not to mention the extra week off could be enough to get his knee back close to 100 percent.

Defensively, the unit is playing its best football of the year. In the last three games, the Patriots have allowed an average of 10.6 points per game, and that includes Week 15 in Pittsburgh when they allowed only 17 points to a high-powered Steelers offense.

“It’s definitely coming together,” defensive end Trey Flowers said. “It’s one of the things that we have to build ourselves on and it starts in practice. We go from the practice field and bring it to the game field with execution on Sundays. It’s just one of the deals that you have to play your top football at this point of the season going against some great teams. You’re going to have to be able to execute well on Sundays.”

Two key components of a good defense have also been there of late — forcing turnovers and pressuring the quarterback. The defense sacked Sam Darnold four times Sunday — without much pressure for that matter — and it also forced three turnovers. The defense has now forced seven turnovers in its last three games.

How important is that for the playoffs? Since 1970, the Patriots are 21-1 when winning the turnover battle in the postseason.

The counter to all of this is the strong performances in the final two weeks came against the Bills and Jets, two of the worst teams in the league. But, the Patriots cannot control who is on their schedule. Following back-to-back losses in Miami and Pittsburgh, the team needed these two strong performances regardless of who they came against.

Could these strong performances not be a true depiction of who the Patriots are? Sure, but there’s no way of knowing that right now. What we do know is the Patriots did everything in their power over the final two weeks to go into the playoffs on a high note.

The full story remains to be told.