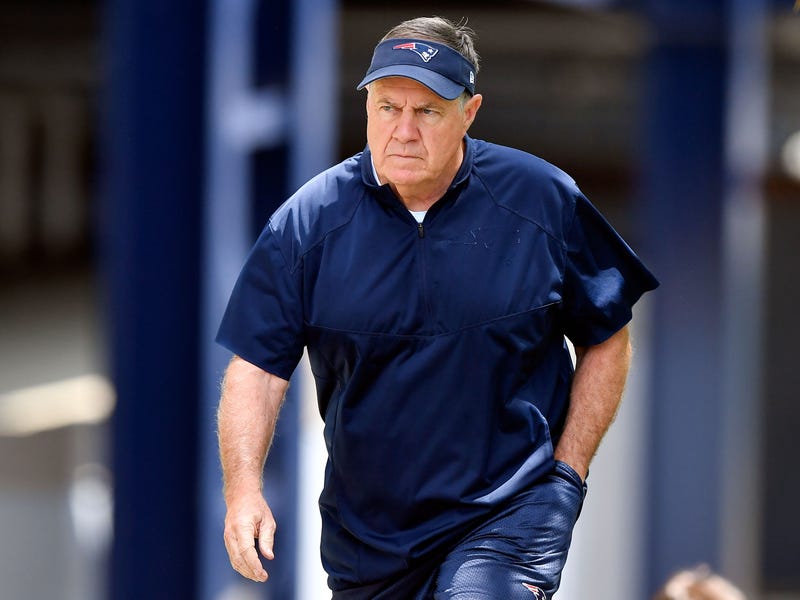 FOXBORO — It’s been 172 days since Super Bowl LII and likely one of the longest 172-day stretches of Bill Belichick’s coaching career.

Arguably for the first time in his entire tenure as coach of the Patriots, it didn’t seem like he was in control — or at least didn’t have the same control as in the past.

The future Hall of Fame coach couldn’t control what was said at the end of Tom vs. Time, cryptic Instagram posts from notable players like Rob Gronkowski, the tight end’s shenanigans at a Monster motor cross press conference just steps from his own Gillette Stadium office, and even Tom Brady and Gronkowski skipping the voluntary offseason workout program for the first time in their careers.

The worst it got was at the start of OTAs when owner Robert Kraft spoke at the NFL owners meetings and briefly addressed Brady and Gronkowski’s absences. Kraft noted the workouts were voluntary, which went against everything Belichick has preached since he took over in 2000.

One of the biggest reasons for the Patriots’ sustained success is everyone buying into the culture with their offseason program being among the most highly-attended across the entire league. The foundation for success begins in April and May for the Patriots opposed to July like most teams.

Kraft’s words stomped all over Belichick’s philosophy, but the coach had to play along.

"The OTA system is voluntary," Belichick said on the first day of mandatory minicamp when both Brady and Gronkowski were present. "It's a voluntary program. We have players that are in various stages of participation.”

Uttering those words probably killed him inside, but he had to say them to go along with what his owner said to prevent the duo’s absence from OTAs becoming even more of a big deal than it already had become.

Since it was the offseason, there was really nothing Belichick could say or do when it came to his players’ actions. He couldn’t call them into his office. He couldn’t discipline them on the field. He really had no control.

Additionally, the decision to not play Malcolm Butler in the Super Bowl was the most scrutinized decision he had ever made as head coach of the team. It was not a good few months for Belichick, but finally that changed beginning Wednesday morning when he stepped to the podium for his pre-training camp press conference.

“Good morning. How are we doing? Happy training camp,” he said with a big smiling face for his standards.

Not many people ever would utter those words and most are just itching for the preseason games and regular season to begin, but after an offseason like Belichick had, he likely couldn’t wait for this day to come.

With training camp getting underway, he’s back in control.

From now until January or February, Belichick sets the schedule. Belichick decides what the agenda will be each day. What he says goes, and if a player goes off the reservation and sways away from what is preached, Belichick can decide what comes of it.

Even for superstar players like Brady and Gronkowski, they know they are under Belichick’s watch now. How many cryptic social posts occurred during the season last year? Exactly.

Despite being greeted with multiple questions regarding the Butler decision from the Super Bowl, it seemed Belichick had a little extra pep in his step on Wednesday and for good reason, he’s back in control.

Just the way he likes it.