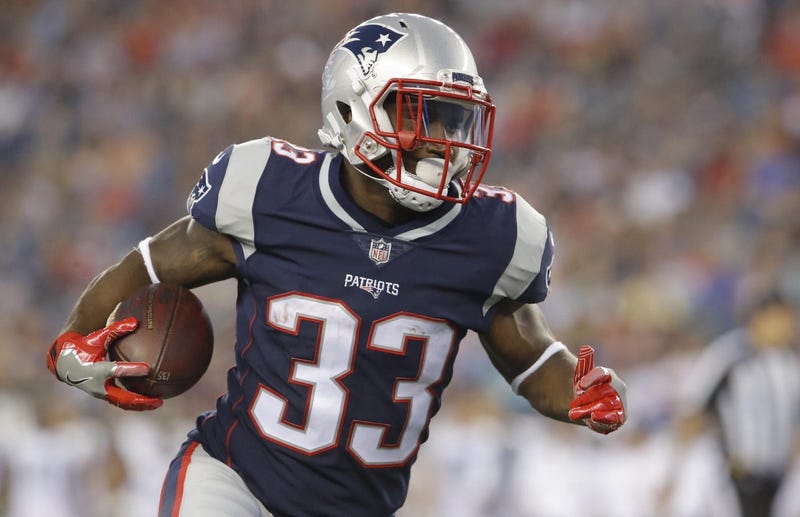 Over the next few weeks, the Patriots will have a number of roster decisions to make, including whether or not to offer contracts to their own unrestricted free agents.

The Patriots have 14 players who are set to become unrestricted free agents, with some being better than others.

Here’s a quick look at all 14 players and our best guess at whether or not they return in 2018.

Nate Solder, offensive tackle — At 29 years old, it wouldn’t be a total shock to see him retire, especially with what his family has had to deal with over the last couple of years. If he did want to return, it would seem likely the Patriots would re-sign him, but it is worth noting with a few young tackles on the roster, the Patriots have prepared for the possibility of not having him around.

Malcolm Butler, cornerback — After what happened in Super Bowl LII, there’s no chance of him returning. Although he will receive interest from many teams, it’s likely he won’t be receiving as much money as he thought going into the season.

Rex Burkhead, running back — The former Bengals running back signed a one-year deal with the Patriots last offseason and it would seem he did enough for the Patriots to want to re-sign him. He battled injuries, but when healthy he was very productive. In the middle of the year, he scored six touchdowns in a four-game stretch. We expect the Patriots to be able to sign him to a reasonable contract.

Johnson Bademosi, cornerback — It would appear he will be able to play more, especially defensively, with other teams, so it might not make most sense for him to return to New England. The Patriots would likely welcome him back as a core special teamer and No. 4 corner, but it appears he will get more interest elsewhere.

Matthew Slater, wide receiver — At 32 years old, it seems like Slater has a few more years left in him and we see no reason why they wouldn’t happen in New England with the Patriots.

Cameron Fleming, offensive tackle — Fleming had a solid season and likely will receive interest on the open market. It would seem like no matter what happens with Solder, the Patriots would want either Fleming or LaAdrian Waddle to return. From this viewpoint, Fleming has the best chance out of the two to do so because Waddle will probably be asking for a bit more money.

Danny Amendola, wide receiver — Amendola had arguably his most productive season as a member of the Patriots and if he would like to return for his 10th NFL season, the Patriots would likely be glad to have him. He’s taken pay cuts over the last several years, so money likely wouldn’t be an issue. He probably wouldn’t consider playing for another team given how close he is with Tom Brady and Julian Edelman.

Dion Lewis, running back — The shifty back likely will receive a ton of interest from other teams and therefore the money will be too much for the Patriots. This is why we expect Burkhead to be back, since the money he will be asking for will be much less than Lewis. If Lewis was willing to take a hometown discount, the Patriots would more than welcome him back, but we don’t see that happening.

Nate Ebner, safety — Like Slater, we see no reason why the core special teamer wouldn’t re-sign with the Patriots. He’s coming off a severe knee injury, which could be a deterrent with other teams.

LaAdrian Waddle, offensive tackle — Like Fleming, Waddle had a very good year in a contract year, which will make him get interest from multiple teams. We see him getting more interest/money and that is why we see Fleming, and not Waddle returning.

James Harrison, outside linebacker — This will be interesting, as the 39-year-old appeared to click with Bill Belichick and enjoy his time with the Patriots. He says he wants to play another year or two, but the Patriots are in a position to get younger at his position, not older. Our gut says he doesn’t return in 2018.

Ricky Jean Francois, defensive tackle — He had a great end of the year with the Patriots and may have earned a spot on the team next year because of it. Jean Francois jumped Alan Branch on the depth chart, which will likely lead to him being cut. It wouldn’t be a surprise to see the veteran back in New England next season.

Brandon Bolden, running back — It seems like Bolden will always have a home in New England, as he went virtually all of last season without being signed. He has a unique role with the team, as he is a core special teamer, but is always ready for carries in the backfield when needed.

Marquis Flowers, outside linebacker — Flowers had a solid first season in New England coming from the Bengals contributing on special teams and on defense. Whether he returns or not likely depends on what other moves the Patriots make at his position.