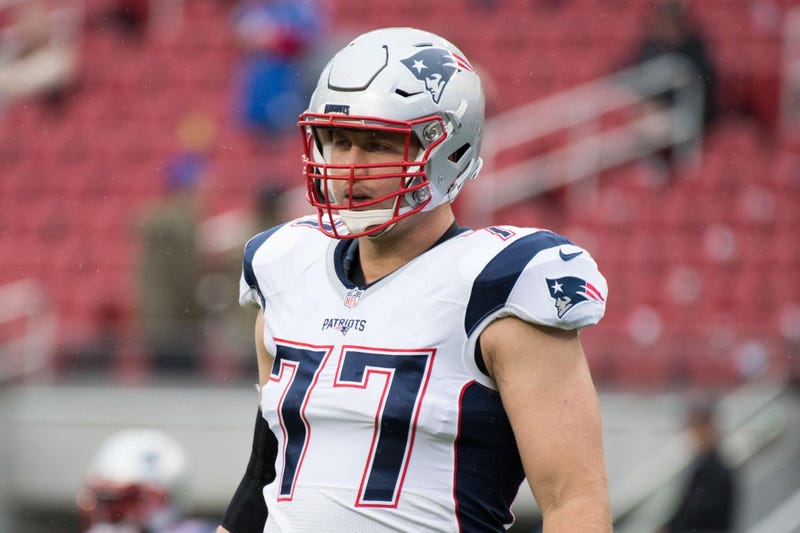 Bill Belichick and Co. surprised everyone last year when the Patriots were one of the most active teams at the start of free agency, first by signing Stephon Gilmore and then a few days later trading for Brandin Cooks.

Well, hopefully everyone enjoyed it because it’s not happening this year.

Unlike last year, the Patriots’ priority during the open of free agency is making sure they keep their own free agents. A year ago, their biggest name hitting the market was Dont’a Hightower, but they probably had an idea his market wouldn’t be what he was hoping it would and ultimately have a good shot at retaining him.

This year is a different story.

New England’s top free agent is Nate Solder and with him being the best left tackle on the market by a huge margin, it’s no guarantee he returns. Add in the fact the Patriots have no real fallback option, it makes it that much more imperative the Patriots make sure he returns. Solder also knows this, so he can see what other offers are out there to drive his price up.

The other thing going against multiple big moves is the lack of cap space.

New England will enter the week with just over $20 million in cap space for 2018. This won’t limit the organization from signing a particular player, but it will limit multiple big deals from happening. In all likelihood the Patriots will not be able to sign say two players to big contracts, as it would prevent them from doing anything else and they have a number of areas to address.

Solder alone will likely count for at minimum $8 million against the 2018 cap if he’s re-signed, which doesn’t leave much room for another big contract to go on the books. To put things in perspective, the Patriots still had over $27 million in cap space after they re-signed Dont'a Hightower last year, which happened well after their big moves the week prior.

And, the offensive tackle position isn’t their only own free agent priority, either.

It’s also likely the team really wants to bring back wide receiver Danny Amendola. The 32-year-old has taken pay cuts with the Patriots the last few seasons, but this might be a year where the Patriots give more to keep him.

Amendola had his best season as a Patriot finishing with 61 catches for 659 yards and two touchdowns, but made his biggest impact in the postseason by hauling in 26 passes for 348 yards and two touchdowns. The Patriots kept him on a pitch-count throughout the regular season to make sure he was fully ready for the playoffs. Another team may want him to be their No. 3 receiver and play more.

The Texas Tech product will likely have a decision to make — play more and maybe make more money, or play with good friends Tom Brady and Julian Edelman, but make a little less. Given how important Amendola is to Brady and the offense in big games, it’s important New England do everything in its power to keep him in Foxboro.

It also will be keeping close tabs on its running backs hitting the market — Dion Lewis and Rex Burkhead.

It would seem Lewis will be getting a contract for more than the Patriots will be willing to go, but certainly they will want to be kept in the loop. If Lewis is a goner, they will want to make sure Burkhead comes back, as it seems unlikely they want to go into 2018 with just James White, Brandon Bolden and Mike Gillislee as returners. Burkhead battled injuries for a good portion of the year, but when healthy he was very effective.

Besides these impending free agents, don't forget about Rob Gronkowski. The Patriots need to make sure they have him on board for 2018.

The majority of their attention this week will be centered around players who were on the team last year, not new free agents.

This feels like a year where the Patriots will be seeing how the dust settles after the first wave of signings before calculating their move. Belichick and his staff surely have their eye on the defensive side of the ball, so they will see which players remain after the frenzy early on.

By doing this, you’d imagine the Patriots will not be getting any of the top defensive free agents, but ones teams refuse to pay early on. The opportunity is still there to get productive and quality players, it just may not be the top available player at a given position.

Given their current situation of not having much cap space, as well as needing to take care of their own free agents, the draft will be very important for the Patriots to find a few impact players, especially on the defensive side of the ball.

Bottom line, don’t look at what happened last year at this time with all the additions and big names coming to town expecting it to happen again because it doesn’t appear to be in the cards.