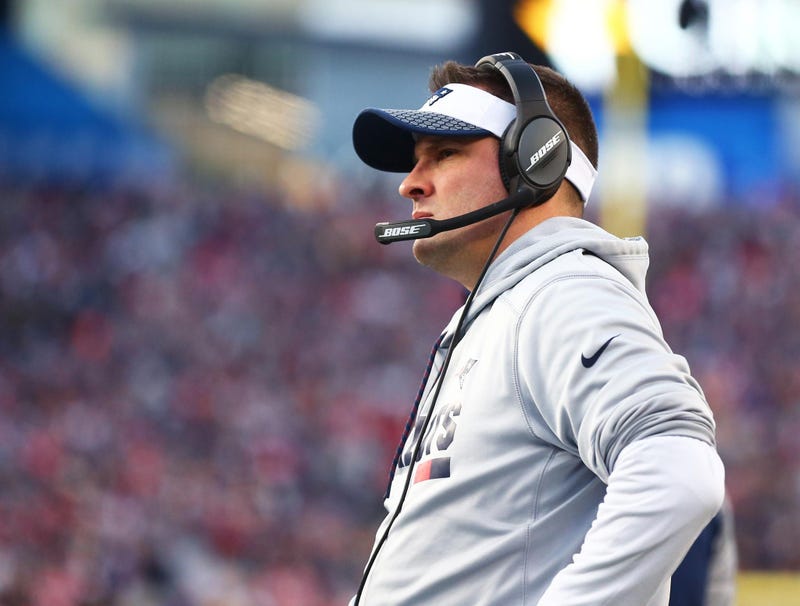 Here we go again, just a little earlier than usual.

Every year it seems Josh McDaniels’ name gets brought up when it comes to head-coaching vacancies across the NFL and it’s already begun — a full five weeks before the regular season even comes to a close.

It’s no surprise since McDaniels is one of the best offensive coaches in the entire league and has been a huge part of the Patriots’ success over the years. But when it comes to him leaving New England after this year, why do people really think this will actually happen?

If McDaniels was going to leave the Patriots, it would have been last year. Heck, he pretty much did, he just changed his mind at the last minute to leave the Colts at the altar.

(Side note: He might actually be regretting that now as the Colts are one of the hottest teams in the NFL and have almost $125 million in cap space next season, setting themselves up to be one of the best teams for several years to come.)

It’s clear something occurred after the Super Bowl to keep McDaniels in New England and whatever it was was pretty significant. NFL Media’s Ian Rapoport reported at the start of this season that McDaniels was given a five-year contract and he’s being paid like a first-time head coach.

Also, Tom Brady alluded to this a few weeks ago when McDaniels’ name was brought up following Hue Jackson being fired in Cleveland.

“I know the Patriots want him coaching for us,” Brady said on the Kirk & Callahan show. “He’s under contract with our team for a long time and that is a great thing for the Patriots.”

Every time Brady was asked about McDaniels potentially taking a head-coaching job in previous years, he spoke to how talented he is and hoped they would stay together, but nothing as definitive as what he said last month. It’s pretty clear McDaniels has plenty of incentive to stay in New England based on his contract.

Also, he and Brady’s relationship is something that will never be duplicated between quarterback and coordinator. Tom vs. Time showed how much the two actually communicate, which is multiple times a day, even when they aren’t at the facility. Brady could be driving and have an idea for a certain offensive package or play and immediately call McDaniels.

It seems fitting Brady’s career in New England will finish with McDaniels as his coordinator.

As it relates to potential openings, right now it’s the Browns and Packers getting the most buzz.

Green Bay isn’t as good as it seems. Sure, there isn’t much pressure and ownership wouldn’t in the way, but coaching Aaron Rodgers may not be as appealing as once thought. It’s pretty clear he’s a control freak and may not take well to coaching. After having such a good relationship with Brady, why would McDaniels want to go and deal with Rodgers’ ego?

The Browns job may actually be more appealing given McDaniels’ reported interest in Baker Mayfield this past offseason heading into the draft and Cleveland being McDaniels’ hometown team, but then again it’s the Browns. Does he really want to have his second, and maybe last, head-coaching gig come in Cleveland?

It’s known McDaniels would like to be a head coach again, but it isn’t known if the Patriots have him pinned as Bill Belichick’s successor. Sure, they would likely want him to be at the top of their list, but it is also worth wondering if McDaniels wants to follow Belichick in New England, especially if Brady isn’t involved. Maybe he does and that was part of the discussion last offseason — no one really knows.

So, while McDaniels’ long-term future in New England may not be clear, it is pretty clear that he will be part of the organization next year.

Don’t buy into the rumors, McDaniels is not going anywhere.