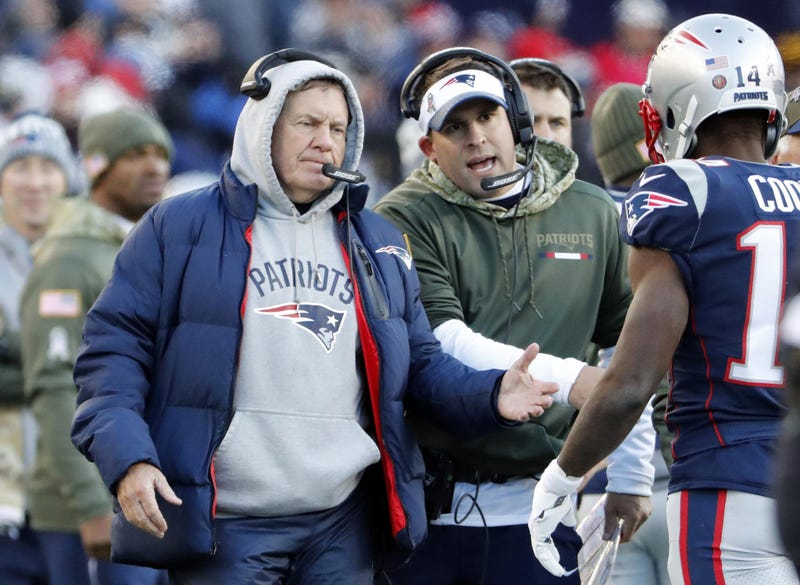 For the first time in quite some time, there’s not a true sense of how the Patriots will look once the 2018 season begins Sunday afternoon.

There’s no question they will be the team to beat in the AFC East and one of the top contenders in the entire AFC, but how will they stack up compared to past Patriots teams? How will Tom Brady look after everything that happened this offseason? How will the offense look without Julian Edelman and a lack of experienced receivers? How will the defense be? Will the pass rush be there?

A lot of questions do not have answers right now, and that is what makes this week one of the more intriguing season openers in recent memory.

Everyone knows Brady missed the voluntary offseason workout program, and even had his workload diminished in the early parts of training camp reportedly due to a sore back. While he didn’t show any effects of these things impacting him during the preseason, those games are a lot different than the regular season when facing defenses like the Texans and the Jaguars in the first two weeks.

Brady will be without his favorite target arguably since Wes Welker the first four games with Edelman suspended. Even in the preseason Brady looked to him on big third downs, so who will he turn to now without him and also without Danny Amendola, another favorite target of his.

Yes, Rob Gronkowski likely will be who Brady looks to most, but defenses can pay extra attention to him without much depth in the pass-catching department and that could limit his targets.

One of the heathy receivers — Chris Hogan, Phillip Dorsett and Cordarrelle Pattrerson — will need to step up in a big way, or else the first month of the season could really be a frustrating one for Brady and the offense as a whole.

Historically, the Patriots generally start slow, and add in the fact the team faces some pretty tough competition (Texans, Jaguars and Lions) in the first three weeks, it really could be a tough four weeks. The schedule doesn’t do the Patriots any favors with Edelman’s suspension.

The offensive line has some uncertain elements, as well.

Trent Brown and Marcus Cannon likely will be the starting tackles in Week 1, but their durability remains a question. Cannon is returning from missing the entire preseason with a reported leg injury and Brown has always had conditioning concerns. There may need to be a rotation at tackle, at least to start the year to keep these two players fresh.

On the other side of the ball, the defense is always a question mark for the Patriots.

One thing is for sure, the unit is going to need to perform because Brady and the offense are not going to be there to score 30 points a game and bail them out. It doesn’t need to be the ’85 Bears, but it can’t be what it’s been at some points in recent years.

The pass-rush was its weakest area last year and it seems to be better by getting some injured players back and also the addition of Adrian Clayborn, but it’s hard to know for sure until we actually see it. Clayborn has to line up on the right side of the line, so Trey Flowers will likely exclusively be lining up on the left, and with no preseason games played, it’s hard to know how he’ll look. It’s also worth noting he didn’t do much at all this summer, and when he did he didn’t look himself. Flowers is a bit of a question mark to open the year.

Dont’a Hightower is one of the unquestioned leaders of the unit, but where exactly he plays is still up in the air. Last year he played more of a defensive end role instead of in the middle of the defense like he has his entire career. He didn’t make many plays in the preseason, so it’s hard to say where he will be most used this year.

Cornerback is another position that has some questions.

There’s a lot of talent, but who plays when and where remains to be seen. Stephon Gilmore and Eric Rowe will be the No. 1 and 2 corners, but after that it could be anyone. A lot of this depends on the rookies — Duke Dawson, J.C. Jackson and Keion Crossen — and who performs the best to earn the most playing time. Jason McCourty is also a wild card, as he could be the No. 3 outside corner, or he could continue to develop at safety.

In the end, there's no doubt New England will be one of the best teams in the league like it has been the last several years, but just how they do it remains to be seen.