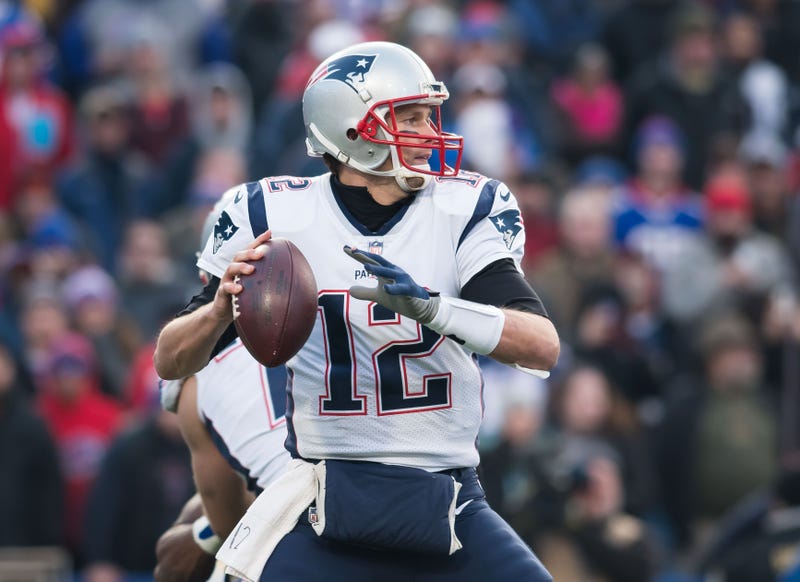 FOXBORO — Following the Patriots’ loss to the Lions Sunday night, their second straight loss, there were more questions than answers coming out of the locker room.

“We’re in the midst of some adversity right now and we’re going to find out what kind of football team we have — what kind of men we have in this locker room,” special teams captain Matthew Slater said.

There’s no question the Patriots have their backs against the walls. They are 1-2 and for the first time since 2002 are two games out of first place in the AFC East at any point in the season. Right now, things are not good.

Tom Brady’s 644 passing yards are the fourth-fewest through three games of his entire career and the offense as a whole is ranked 25th. Defensively, it’s second-to-last against the run and ranked 28th overall.

Fortunately for the Patriots, their next three games are at home against the Dolphins, Colts (Thursday night) and Chiefs (Sunday night). A lot will be known about the team over the next three weeks and the season could go in completely different directions at the end of the stretch depending on what happens.

Best-case scenario is the team wins all three games, are 4-2 and potentially back atop the AFC East. Miami faces the Bengals on the road and the Bears at home following the Patriots this Sunday, so there’s a decent chance it doesn't continue its winning ways.

Say they win the next three games, Julian Edelman returns and looks like, or is close to, how he did before the ACL injury and then Josh Gordon integrates himself into the offense -- things would feel a lot different and the narrative would be completely changed.

The opportunity certainly is there for the Patriots to turn things around and get things back to what they usually are in New England. But, ultimately it’s up to them.

On the flip-side, things could go in the other direction.

Say the Patriots fall to 1-3, which would be for the first time since 2001, they then would have a short week before taking on the Colts on a Thursday night. If they do lose to the Dolphins, the negativity and criticism might be the most ever in the entire Bill Belichick era during the regular season — even worse than after the 2-2 start in 2014.

It would also likely continue the offseason drama narrative with Brady skipping the offseason workout program and also thoughts on if Belichick still has control over the team and can still get his message to them. Not only that, but there would also be discussion of the potential end of the Brady-Belichick era. Things could quickly spiral out of control, especially with one of the best teams in the AFC — the Chiefs — invading Gillette Stadium on Oct. 14 for one of the toughest games of the entire season.

Of course, being somewhere in the middle is also in play as well.

Winning the next two games and falling to the Chiefs would not be the worst thing to happen, as it can at least be justified and not completely derail the season, but losing to the Dolphins and/or Colts at home would not be good. The Patriots are supposed to beat those two teams at home and if they are like any of the Patriots teams we’ve seen in the past, they are also supposed to beat Kansas City at home.

If the 2018 Patriots are like any of the winning teams in the past, they will somehow figure things out and get things rolling beginning this Sunday against the Dolphins and not look back. But, if things are different, like some suspect, the Patriots will not be able turn things around and continue to struggle. This could potentially lead to the team missing the playoffs for the first time since 2008.

Things feel like after these games we’ll know one way or the other what kind of team the Patriots have.

It’s not often Weeks 4-6 have so much importance to a season, but when the Patriots start 1-2 and have three straight home games, this will ultimately decide what kind of team the 2018 Patriots are.