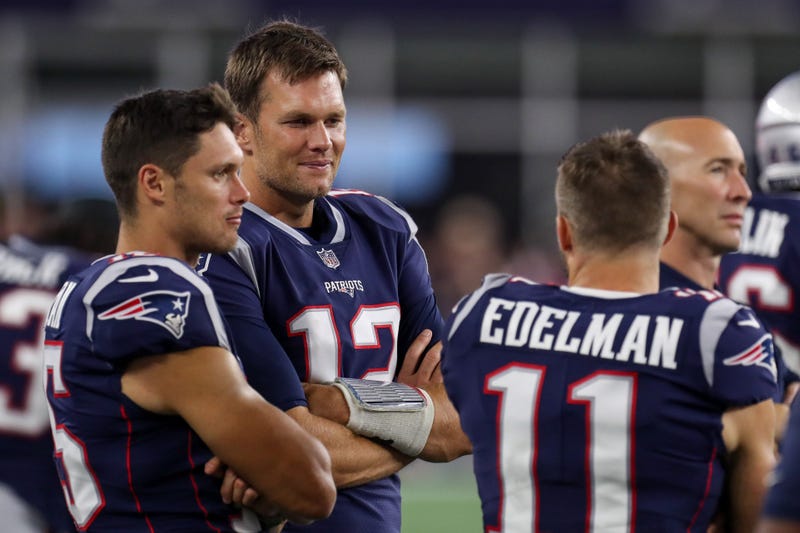 These are just some of the names mentioned when it comes to the Patriots potentially adding a new receiver over the next week either via free agency in most cases, or potentially a trade in others.

Given the lack of talent in that group, it’s not a surprise many have discussed bringing in a player from outside the organization to give Tom Brady another wide out to target.

But, it isn’t as easy as some think.

The Patriots offense is one of the most complicated in the entire league and it is not easy at all to pick up. Just look at a player like Dorsett, who was acquired by the Patriots in a trade the week before the regular season last year. Since he came in so late, he struggled to get a full grasp of the offense and finished the year with just 12 receptions for 194 yards despite playing in 15 games.

Just because a solid player is added, it doesn’t necessarily mean he’s a guarantee to contribute.

Brady himself acknowledged how difficult the offense is, calling it “graduate level.”

“I would say receiver is a challenging position in our offense," he said Monday on Kirk & Callahan. "We have a very graduate level type of offense. It takes a lot to learn. It’s not easy. Not easy for rookies. Not easy for veterans. It’s a lot of work. It’s time consuming. If we are going to be effective on offense we have to have a lot of people out there who can process information quickly and make adjustments. Everything changes week-to-week. Everything is a big adjustment.

"Guys who handle it and can compete and have the skills do a good job. That is typically guys — we have had quite a few over the years who can pick it up and understand it. Josh [McDaniels] is a very intense coach and sometimes it works, sometimes it doesn’t. It’s not going to work for everybody. That is just the nature of the NFL. There’s a lot of offenses I could go into that I wouldn’t work at very well. That is just the way it is.”

It also isn’t like this is the start of training camp and there’s a month or so to get a player acclimated to the system. This is the start of the regular season and when things count. There isn’t much time to take it slow with a player, it’s go-time.

Brady, Josh McDaniels and other members of the team don’t have time to put what they’ve been working towards on hold to focus on getting a new player up to speed.

On paper, it makes a lot of sense to bring in a new player who has a lot of talent and experience. But, it takes a unique kind of player to fit in the offense and a lot of the time a player doesn’t reach their full potential in the offense until their second year when they have had a whole season and offseason under their belt.

Going into the year with only three receivers on the roster may seem like a risky thing to do, but with Edelman returning after Week 4, maybe it’s worth going with what they got.

Bryant, Maclin, Tate are fun to imagine in Patriots uniforms, but a lot of time imagining is different than reality.