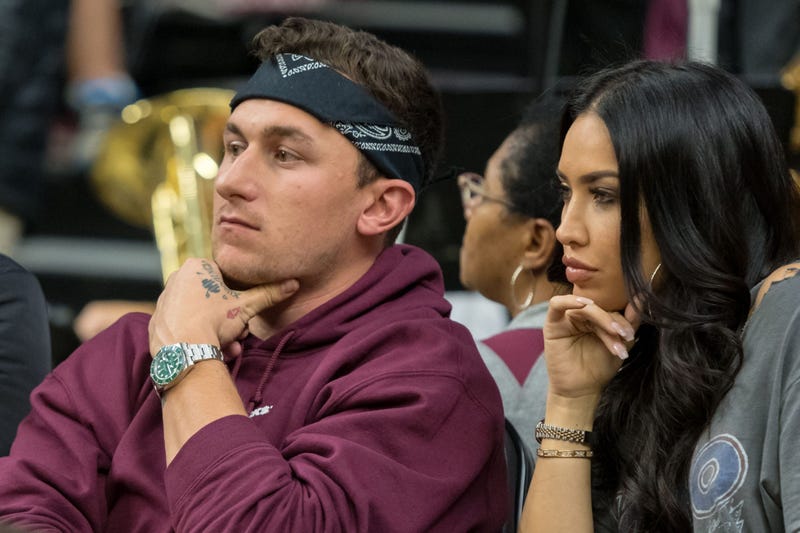 I am more inclined to root for second chances than before. It would be hypocritical for me to take pious stands and rally for somebody to be exiled for previous misdeeds. That’s why I find myself more sympathetic towards Johnny Manziel than I should be. Manziel was given every advantage in life –– family wealth, incredible athletic skills –– and self-destructed. There were no barriers in his way. He created them all, so to hell with him.

That’s probably the rational way to look at it. But it just seems so cold and final. Manziel is only 25 years old. He is a Heisman Trophy winner and first-round draft pick. He says he’s sober and serious about playing football again. It’s his passion in life. Who are we to deny him fulfillment?

But there is a difference between wishing Manziel well and advocating he play in the NFL next season. Part of that has to do with his atrocious professional resume. Manziel was a terrible quarterback for the Browns. After not playing for two years, there’s no indication Manziel would be a worthwhile project at this point.

And that’s the least of his problems. The biggest issue is, Manziel’s erratic past doesn’t just end with raucous partying and alcohol abuse. He was accused of domestic violence twice, and his ex-girlfriend, Colleen Crowley, told the New York Post she’s “lucky” to have survived their relationship.

Almost all business decisions come down to weighing the risk and reward. For the Patriots, or any other NFL team that’s scouted Manziel recently, there’s too much of the former right now.

It’s only been two years since Crowley says Manziel threatened to kill both of them during a wild tantrum in late January 2016. She dumped him, and he couldn’t handle it. According to Crowley’s written statement to the Dallas police, Manziel essentially attacked her at the Hotel ZaZa during an “after-party” in his room. She says he forcibly led her into his car and drove to a bar, where he made her switch vehicles “against her will.” During the struggle, Crowley says Manziel “hit me with his open hand on my left ear.”

She told the Post the strike made her deaf for three and a half months.

That was the second time Crowley accused Manziel of beating her in three months. In October 2015, she told police Manziel hit her several times to prevent her from exiting their vehicle on the side of the road. She later downplayed the incident, and no charges were filed. Less than one month later, the Browns announced Manziel would be the starter for the duration of the season. He was demoted nine days later for lying to the coaching staff about a video that surfaced of him partying.

Manziel’s violent history is too recent, and his sobriety too new, for the Patriots to warrant bringing him into camp to tryout for the No. 3 quarterback spot. He says he’s open to playing in the CFL if the NFL won’t take him. A CFL team already controls Manziel’s rights, after failing to reach an agreement with him earlier this year. Let Manziel play up north, and see if he can handle the rigors of a football season. Last time, Crowley says Manziel turned to alcohol and drugs to cope with the stresses of playing quarterback. That will not work.

Manziel has been granted more leeway than most throughout his entire life. Before his freshman year at Texas A&M, he was arrested for disorderly conduct and possessing a fake ID. It didn’t derail the start of his collegiate career at all. In the NFL, the Browns kept him aboard after a train wreck rookie campaign, which ended when Manziel threw a party the night before the last game of the season and missed treatment for his hamstring injury. The Browns didn’t cut him until March 2016, two domestic abuse claims and one rehab stint later.

In November 2017, Manziel’s assault charges were dismissed. His record is clean once again.

If Manziel is determined to play in the NFL again, he will be willing to take the hard road back. The Patriots and other interested parties should make him take it.