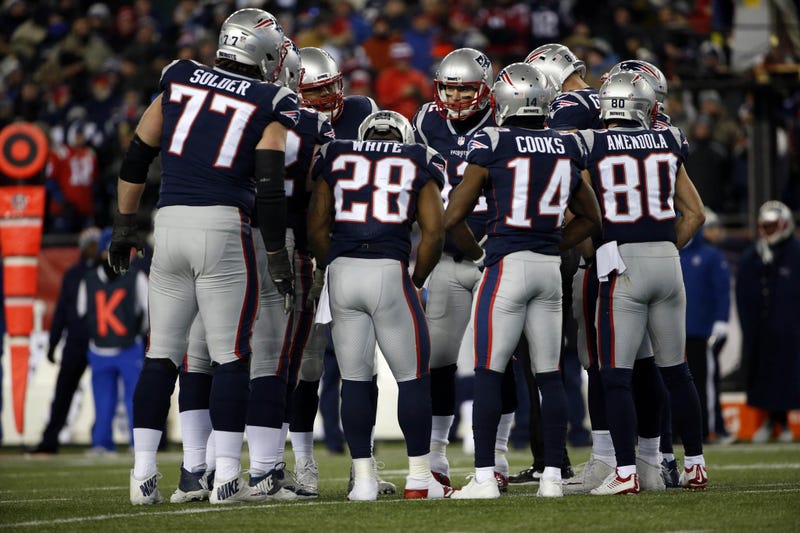 Two AFC contenders have already fumbled their attempts this offseason to unseat the Patriots, and it’s not even March yet. That might be a new record.

The Chiefs, who blew a 21-3 lead against the Titans in the Wild Card round, traded one of the best young cornerbacks in football to the Rams last week for draft picks. Days later, there still doesn’t appear to be any tangible reason for the deal, either. Marcus Peters was the best member of a bad secondary and could have been kept under team control for three additional seasons. Sure, the 25-year-old cornerback can be a pain –– the team suspended him for a game last season for throwing a penalty flag into the stands –– and he was one of the more vocal national anthem protesters in 2017. Unlike many of his protesting brethren who knelt during the Star-Spangled Banner, Peters sat on the bench. That probably didn’t sit well with conservative Chiefs owner Clark Hunt, who met with Peters about the topic last season.

So maybe Peters was traded so the Chiefs could rid themselves of his antics, even though there’s little indication his brashness impeded their ability to contend. There's no doubt, however, that his skills at cornerback will be greatly missed.

On the offensive side, the Chiefs appear to be hitting the reset button, trading Alex Smith to the Redskins and installing 2017 first-round pick Patrick Mahomes under center. While Smith was limited, it’s far from a guarantee that Mahomes will serve as a panacea for Kansas City’s offensive struggles. There’s also the fact that Andy Reid has failed to deliver any playoff success during his five years with the organization. The Chiefs have more blown leads than wins in postseason games.

So one of the teams that appeared to match up best with the Patriots just jettisoned its best defensive player and has entrusted its offense to a second-year quarterback. And the Jaguars, who nearly upset the Patriots in the AFC championship, just re-signed their lousy quarterback to a contract extension. Blake Bortles inked a three-year, $54 million deal with Jacksonville over the weekend, with $26.5 million in guarantees. Though the deal doesn’t wed Bortles to the Jaguars long-term –– they could cut bait after 2018 –– they’re locked into him for next season. That’s good news for the Patriots. Pairing that incredible defense with a more prolific passer,  such as Kirk Cousins, would have been scary. But with Bortles, the Jaguars have likely reached their limit, which is: almost beating the Patriots in the AFC championship.

Other clubs in the AFC will get better this offseason without doing anything. The expected return of Andrew Luck should boost the Colts, just as the returns of Deshaun Watson, J.J. Watt and Whitney Mercilus should reestablish the Texans as contenders. There’s also the mystery surrounding Rob Gronkowski’s status for next season. Suffice to say, the Patriots’ offense looks a lot less threatening without Gronkowski at tight end.

There's a heightened level of uncertainty around the Patriots. But up to this point, few teams have demonstrated an ability to take advantage of any of New England’s faults during the Brady-Belichick era. Look at Pittsburgh. The Steelers may wind up signing running back Le’Veon Bell to a hefty extension this offseason, tying up a significant amount of cap room to an injury-riddled running back who’s entering his upper 20’s. Yes, Bell is a dynamic force when he’s on the field. But tying up large sums of money at running back, especially when there are so many needs on the defensive side of the ball, is foolish. Bell, who made $12 million last season, fell just short of gaining 2,000 yards from scrimmage (1,946). As the Big Lead's Henry McKenna points out, the Patriots spent that money on five backs, and received 2,664 yards from scrimmage and 25 touchdowns from their backfield.

Oh, and there’s also the fact that the Steelers haven’t made any structural changes after spending an entire week overlooking the Jaguars, and then losing to them in the Divisional Round at home.

The Patriots, even when they’re dormant, are ahead of their competition. One month after the Super Bowl, that seems to be as true as ever.