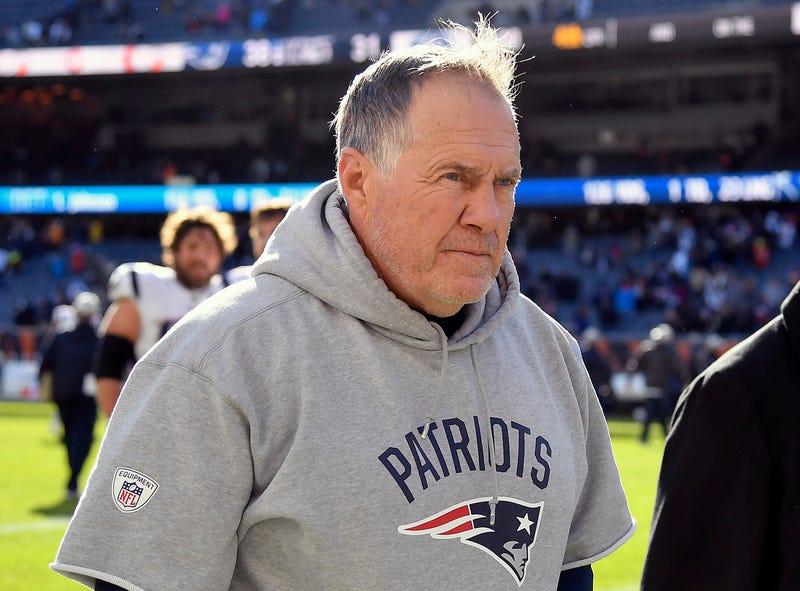 It's my favorite time of year! The charitable season when the Patriots insist they play in a tough division!

The quotes uttered by New England's players and coaches for the last 20 years represent the longest-running piece of Andy Kaufman performance art since the Man on the Moon himself convinced everyone he died in 1984.

In the week leading in to every matchup like next Monday's with the Bills, the Patriots keep a straight face while warning us about hostile environments and crucial division games and the violent battle that's soon to unfold, as if the result is ever in doubt.

Buffalo's only meaningful contribution to the 2018 NFL season was kicking 90 percent of America out of its knockout pools in Week 3 with an upset of the 17-point favorite Vikings (I'm not bitter).

The Bills are laughably inept on both sides of the ball, as they proved on Sunday in an embarrassing 37-5 loss to the Colts. Who scores five points? Just get shut out like a normal team.

The Bills are a loser organization, but that won't stop the Patriots from discussing them in terms reserved for The Greatest Show on Turf or Legion of Boom.

"We have another tough road game, a division game against the Bills and that will be a tough environment," running back James White declared on Sunday.

I was going to rummage through the archives and dig out a dozen examples of the Patriots making similar statements before games in the Brady-Belichick Era, but I've got a World Series to cover and I'm lazy and there's no point, anyway. Bill Belichick masterful keeps his teams motivated even when the opponent is trash -- like Sunday against misfiring skeet launcher Mitch Trubisky and the Bears -- and I'm sure he'll come up with something, but no matter how poetic he waxes about this Bills punter or that Bills downfield threat, we'll know he doesn't believe a word of it.

Here's how inhospitable Buffalo is -- since 2001, the Patriots are 15-2 in whatever they're calling the stadium formerly known as Ralph Wilson. Even including a 31-0 loss on opening day in 2003 -- the infamous Lawyer Milloy game -- the Patriots have still beaten the Bills by an average score of 30-16, and I rounded each fraction in Buffalo's favor because I am nothing if not kind-hearted.

Scattered among the wreckage are a pair of 50-point games, two more in the 40s, and 10 at 30 or higher. But by all means, please tell us up is down, left is right, and that the Bills will present a stern test next Monday night. Buffalo is about as hostile as a dusty scarecrow covered in disinterested hipster crows.

This charade extends to the rest of the division, though to be fair, the Patriots routinely struggle in Miami, where they're 8-9 during the Brady Era (though it's not like Miami is ever a genuine threat, as we learned a couple of weeks ago). The Pats are 15-2 in Buffalo and 13-4 in New Jersey, but this never stops Belichick from dutifully declaring they'll have all they can handle.

Whether the Bills start rookie quarterback Josh Allen, who should ask Dr. Andrews to clear his schedule, or journeyman Nathan Peterman, who has never met an interception he wouldn't pay the extra $4 to Amazon gift wrap, or Derek Anderson, who was really good for that one season with the Browns sometime between Bernie Kosar and Johnny Manziel, it won't matter.

The Patriots will describe all three as threats, and then the Bills won't lay a finger on Tom Brady, LeSean McCoy will gain 28 yards on 12 carries, the QBs will throw a pair of picks, and the Patriots will romp.

Oh, wait, I'm sorry. Let me rephrase that: the Patriots will be challenged like never before in a viciously hostile environment in the hopes of overcoming the crowd, the noise, and the elements against the hungry Bills in a vitally important AFC East matchup. Whatever you do, do NOT call them tomato cans.