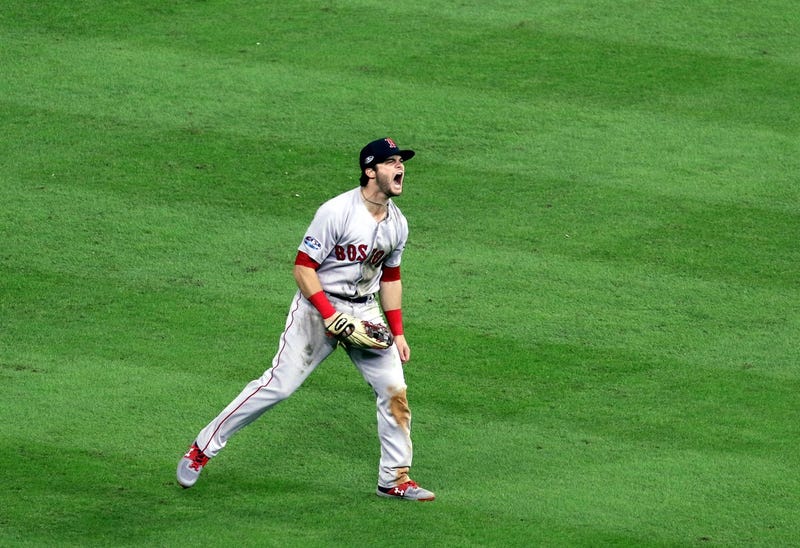 I'll admit falling into the trap. The “Astros are the best team in baseball” trap.

I believed there was a chance the American League Championship Series would be over by now. The Astros went 21-6 in September and were widely proclaimed to be even better than last year's club that won it all. Say hello to the juggernaut. Say goodbye to the 108-win Red Sox.

Houston is one Andrew Benintendi dive away from being tied instead of down 3-1, so it's not like the Astros are being outclassed. But with the benefit of four games, it's now clear that we got a lot wrong about Houston. Here's a partial list.

1. The lineup isn't as deep as we thought

That bit about the Astros boasting a better lineup than the Red Sox, despite being outscored by 79 runs during the season, was simply wrong.

The Astros can be pitched to. Carlos Correa had a big Game 4, but he's not the same dynamic hitter he was a year ago, as evidenced by just one extra-base hit this series. Marwin Gonzalez can't hit a curveball and the Red Sox know it. Martin Maldonado is an automatic out. Yuli Gurriel provided no protection for Alex Bregman. Josh Reddick struggles with big velocity. Jose Altuve is limited by a knee injury.

Outside of Bregman, whom the Red Sox have clearly identified as the one man who won't beat them, and George Springer, the Astros simply don't provide enough threats one through nine. They certainly don't have anyone like Jackie Bradley Jr. doing damage low in the order. It has made a huge difference in the ability to attack the holes in the offense.

We saw their names in late-season box scores and we saw Houston winning, so we took it on faith that Altuve, Correa, and Springer had healed from the maladies that robbed each of chunks of their season. To varying degrees we were wrong.

Altuve can barely run, and it's easy to envision his career taking a turn in the direction of Dustin Pedroia if he's not careful. Watching him leg out a double on Wednesday night after trotting out of the box on what looked like a home run to left was painful.

Altuve can still swing it – Astros fans will wonder about his fan-interference non-homer all winter if they lose the series – but he's no threat on the bases and he can't play the field. A huge loss for Houston.

Then there's Correa. He's 6-for-15 in the series, but he hardly looks locked in, especially after recording only one hit vs. the Indians in the ALDS (albeit a homer). A year after hitting .315 with a .941 OPS, Correa dropped to .239-.728, thanks to back and oblique injuries. He still possesses a cannon at shortstop, but his range is limited. Once the most exciting young shortstop in baseball, he has at least temporarily ceded that title to Cleveland's Francisco Lindor and Boston's Xander Bogaerts, among others.

Springer has been dynamite, but ev