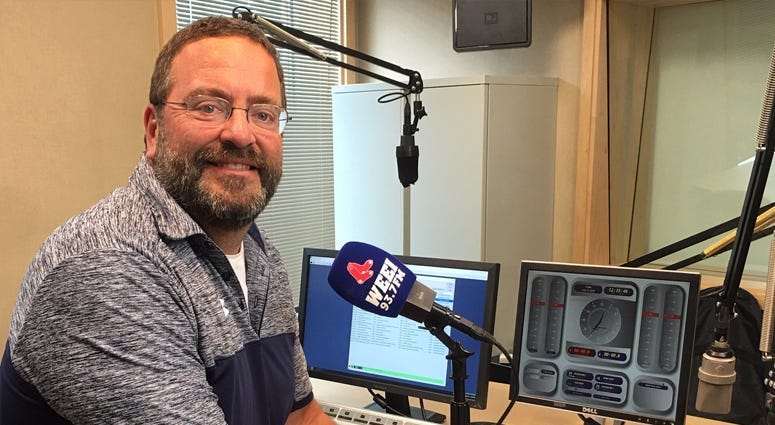 BOSTON, MA – July 12, 2019 – Entercom, a leading media and entertainment company and the unrivaled leader in sports radio, today announced the upcoming debut of “The Greg Hill Morning Show” on WEEI (WEEI-FM) in Boston. The new show will feature longtime Boston radio veteran Greg Hill, who will be transitioning to WEEI from sister station WAAF (WAAF-FM). Hill will be joined by co-host Danielle Murr and a rotating group of additional contributors. The show will air Monday through Friday from 6:00 a.m. to 10:00 a.m. ET, beginning July 29.“Greg is a Boston market veteran with an incredible pedigree and track record of success,” said Mark Hannon, Regional President and Market Manager, Entercom Boston. “We are excited to welcome him to mornings at WEEI and to usher the station into the future.”“I am thrilled to embark on the next chapter in my career in Boston. WEEI is a legendary Boston station and one of the country’s first sports stations,” said Hill. “I am excited to anchor mornings moving forward. I also want to thank WAAF and all of the listeners and co-workers who have made the last 28 years so amazing. The good news is I will still be talking to them every weekday, just down the dial at 93.7 FM.”As part of “The Greg Hill Morning Show” on WEEI, Hill will carry over much of his present content, along with the creation of new content for the sports talk format of WEEI. As part of “Patriots Monday,” Tom Brady’s in-season weekly interview on WEEI will also now be conducted by Hill. The show will also feature a monthly interview with Governor Charlie Baker (“Breakfast with Baker”), as well as many other staple benchmarks.Hill is a Boston fixture since beginning his career at WAAF in 1986 in the promotions department and on air since 1991. For nearly three decades, Hill has entertained Boston listeners with a mixture of humor, pop culture, lifestyle and sports content. He is active in the sports community and has done regular interviews with New England Patriots quarterback Tom Brady, Boston Bruins President Cam Neely and Patriots wide receiver Julian Edelman, among many others. In addition to his work on the radio, Hill and his listeners have been a force in charitable giving. In 2010, Greg launched “The Greg Hill Foundation” and has raised $2,600,000 in donations and has benefitted nearly 200 local families and organizations to date.As part of these changes, Gerry Callahan, longtime morning co-host, will depart WEEI after nearly two decades at the station. Callahan has been a dominant force and a big part of WEEI over the years. While it is now time for a new chapter, we thank him for his many contributions and the indelible mark he has made at WEEI, including his tireless work on behalf of Dana-Farber and the Jimmy Fund. We wish him the best in his future endeavors.Additionally, on-air personality Mike “Mut” Mutnansky will transition back to hosting evenings at the station, a position he previously occupied. At sister station WAAF, longtime personality and morning show sports anchor Lyndon Byers will remain with the station in a new capacity. Morningshow producer Mike Hsu will move to afternoon drive. Additionally, morning drive will shift to a music focus during the national search for Hill’s replacement.Listeners can tune in to WEEI (WEEI-FM) in Boston on air, as well as nationwide on the RADIO.COM app and website. Fans can also connect with the station on social media via Twitter, Facebook, and Instagram.WEEI is a RADIO.COM station. RADIO.COM, the fastest growing digital audio app in the United States and the current leader in local sports coverage, has over 300 stations and 3,000 podcasts. RADIO.COM is a part of Entercom.