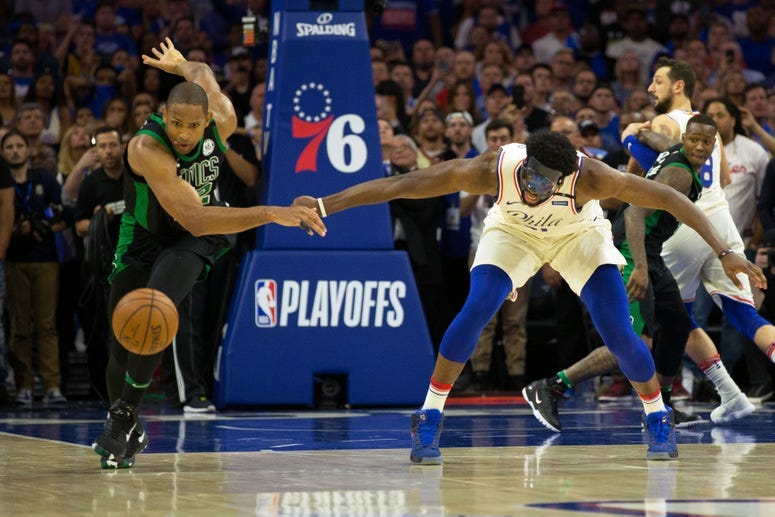 On paper, it looked like Al Horford was primed to enjoy a big series against the Sixers. He’s delivered.

The Celtics’ forward was at his most valuable in the fourth quarter and overtime of Boston’s Game 3 win over Philly, scoring 11 points and grabbing three rebounds while blocking a shot. Horford outmuscled Robert Covington and then stole a lackadaisical Ben Simmons pass to ice the contest. The sequence embodied Horford’s prowess on both ends of the floor, and why he’s so valuable.

That trend has continued this series. Horford has defended Embiid for 65 possessions. During that stretch, Embiid has posted 25 points and gone 11-for-26 from the field, per Barstool's Dan Greenberg. Simmons has fared even worse against Horford, scoring eight points on 3-of-8 shooting in 66 possessions. All the while, Horford is averaging 17.9 points and 8.6 rebounds per game in the postseason.

When the Celtics lost Kyrie Irving, it was portrayed as if they were left without any stars. But so far, Horford has dominated Embiid and Simmons. That, coupled with the incredible emergences of Jayson Tatum and Terry Rozier –– as well as Jaylen Brown’s gutsy effort –– is why the Celtics are one away from an improbable run to the Eastern Conference Finals.