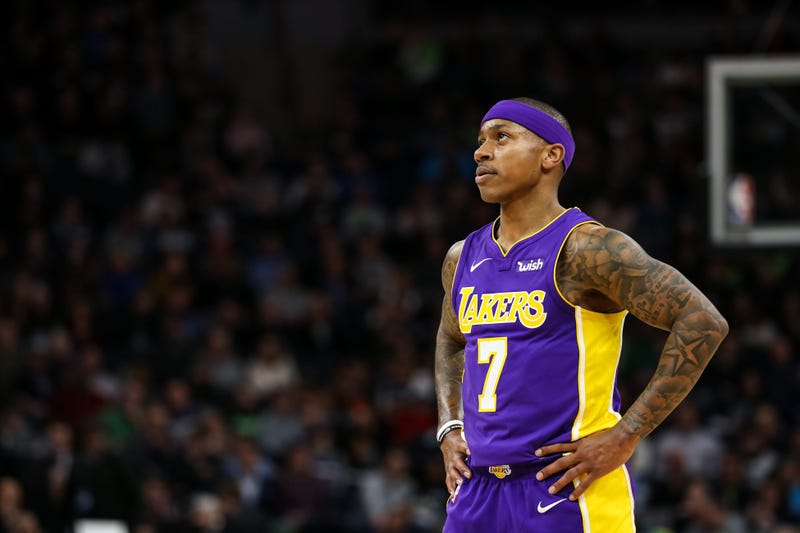 Last summer, Isaiah Thomas declared the Celtics would have to “bring the Brinks truck out” if they wanted to re-sign him in free agency. This week, Thomas signed with the Nuggets for the veteran’s minimum. Even in the high-paced world of professional sports, this was an accelerated downfall.

As if we needed another reminder, it shows that sentimentality has no place in pro sports. Danny Ainge’s cold-hearted decision to swap Thomas for Kyrie Irving is one of the greatest moves he’s ever made, regardless of Irving’s future. Ainge exchanged a broken down 5-foot-8 point guard for an NBA champion, Olympic gold medalist and five-time All-Star. Talk about selling high.

To state the obvious, Thomas never fully recovered from the hip injury he suffered last year. The Cavaliers took nearly one week to review Thomas’ physical before the trade was complete. Within three months, Thomas went from a budding superstar –– he was routinely showered with “MVP” chants at the Garden last season –– to damaged goods. And he didn’t hide his apparent disappointed. In October, Thomas told Sports Illustrated he might never talk to Ainge again.

He has come around since then, even joking about returning to the Celtics before inking his one-year deal with Denver.

While Irving, 25, faces an uncertain future in Boston –– recovery from two knee operations, prolonged free agency tease –– Thomas’ basketball future is bleak. He was reportedly at the center of Cleveland’s midseason discord and wound up getting traded for the second time in six months. In Los Angeles, Thomas was a solid scorer off the bench, averaging 15.6 points and 26.8 minutes per night.

It was a regression to where Thomas was prior to landing in Boston. Coincidently, he’ll reunite with former Kings coach Mike Malone with the Nuggets.

Irving, meanwhile, is going to be the most-talked about potential free agent for the next year –– even though there are still concerns over his nagging knee injury from 2015. That’s because Irving was even better than advertised in Boston, averaging 24.4 points per night in 60 games. He showed he can lead out of LeBron James’ shadow.

There was never any real debate about whether Irving is a better player than Thomas. But at the time, there was a semi-convincing emotional argument for Thomas. He was the focal point of an upstart team that captured the No. 1 seed and advanced to the Eastern Conference Finals’; he helped recruit Gordon Hayward and Al Horford to Boston; he played after his sister’s death and notched a franchise-record 53 points in a playoff game. There would have been a lot of support if Ainge had kept Thomas and tried to build around him.

Thank goodness Ainge didn’t listen. Ruthlessness over benevolence. Marcus Smart should keep that in mind next time he complains about the Celtics not reaching out to him. Ainge's calculation can be cold, but it works.