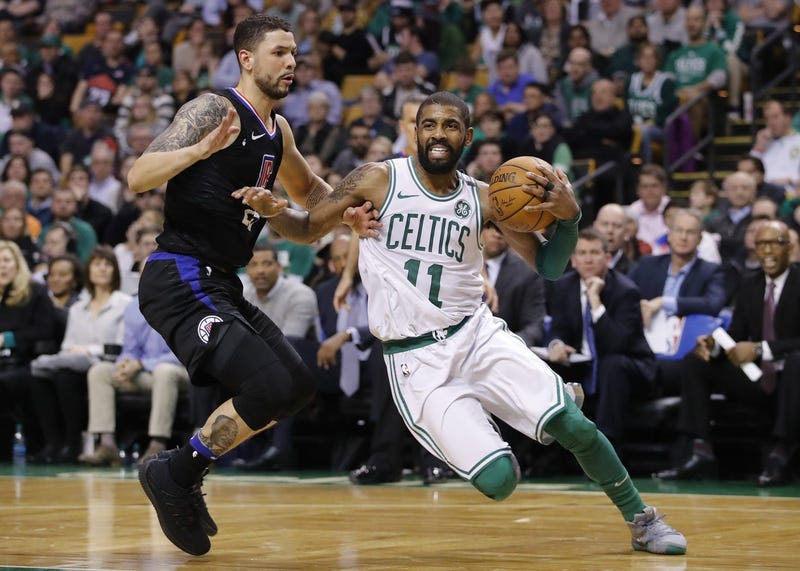 Kyrie Irving’s absence was supposed to sink the Celtics in the playoffs. While they excelled without Gordon Hayward, losing Irving was portrayed as one step too far. It was thought there was no way the Celtics could make a run with eighth-man Terry Rozier and Marcus Smart with a bad thumb handling point guard duties.

But here they are, one win away from sweeping the heavily favored Sixers and advancing to the Eastern Conference Finals. Rozier has played like a star, averaging 19 points, 6.5 assists and 4.5 boards per contest. His emergence, coupled with the excellent performances of Al Horford, Jayson Tatum and Jaylen Brown, has propelled the Celtics to their command 3-0 series lead over Philadelphia, which won 20 of 21 games heading into the matchup.

It’s frightening to think of how good the Celtics could be with Irving and Hayward in the lineup. For once, Danny Ainge may be able to put down the phone. It already appears as if he’s built his championship roster.

But Rozier’s play raises a question about Irving’s place on the team. If this is the kind of player Rozier is going to be, Irving’s presence becomes a little superfluous –– as good as he is. Irving’s value in a trade might be worth more to the Celtics than his value on the court.

Stephen A. Smith floated the possibility last week of swapping Irving for San Antonio’s Kawhi Leonard. The Celtics have been linked to Leonard in the past, and Irving would instantaneously give the Spurs another franchise cornerstone player to build around. Assuming his knee is healthy, of course.

While it’s easy to laugh off any of Smith’s trade proposals -– he’s also told the Celtics to deal Horford and Tatum –– the idea of dealing Irving for another premier player isn’t outrageous. Rozier is playing like somebody who could flourish in a starting role. With Irving on the verge of reaching free agency and earning a maximum contract, it makes more sense to deal him.

This isn’t meant as a plea for Ainge to trade Irving. But if Leonard is in their sights, sacrificing Irving may not be as harmful as giving away the Kings’ 2019 first-round pick or one of Tatum and Brown.

The Celtics have lots of options. It's only appropriate for Ainge to explore everything.