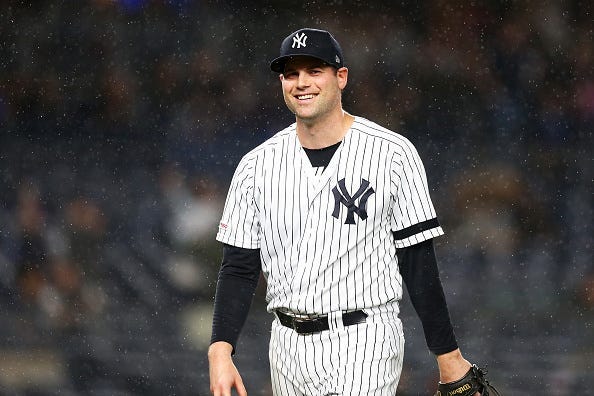 Adam Ottavino, who has largely been an average relief pitcher during his career, says he would dominate Babe Ruth. He is absolutely right.

In a podcast interview with MLB.com, the cocky right-hander says he thought he could strike out Ruth even while he was pitching in the minor leagues.

“I remember I had an argument with a coach in Triple-A about Babe Ruth’s effectiveness in today’s game, and this was, like, 10 years ago. I said, ‘Look, Babe Ruth, with that swing, swinging that bat—I got him hitting .140 with eight homers,’” Ottavino said, per MLB.com’s Statcast podcast. “He was like, “Are you nuts? Babe Ruth would hit .370 with 60 homers,” and I’m like, “I would strike Babe Ruth out every time.” Like, I’m not trying to disrespect him, you know, rest in peace, you know, shout out to Babe Ruth. But, it was a different game. I mean, the guy ate hot dogs and drank beer and did whatever he did. It was just a different game.”

It’s hard to see how this argument is controversial. Pitchers are much more advanced now than they were in the early 20th-century. I mean, do you think Babe Ruth, who had a weak and slow swing, could catch up to one of Ottavino’s sliders?

Here is video of Ruth’s legendary “called shot.” This does not look like a swing that would generate much impact in today’s game.

Now here is some video of Ottavino. The Sultan of Swat wouldn’t stand a change.

Ottavino, 33, enjoyed a breakout campaign in 2018, striking out 13 batters per nine innings. The Red Sox are reportedly interested in the Northeastern graduate’s services.

That is, unless he says he could strike out Ted Williams. That would be one line too far.