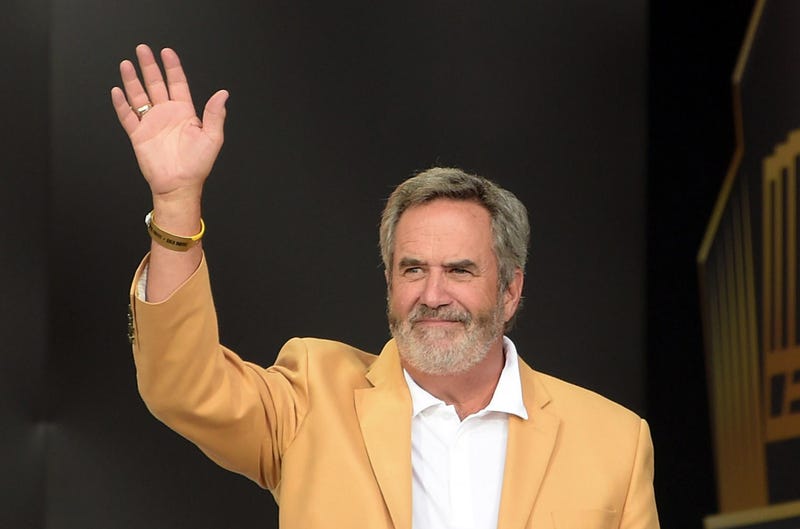 It started off as a decent afternoon for bumbling color man Dan Fouts. On the Patriots’ seventh play from scrimmage, Jets safety Jamal Adams –– yes, the same one who once said the football field is the “perfect place to die” –– broke up Tom Brady’s short pass intended for Rob Gronkowski. Fouts correctly pointed out that Brady had waited too long before throwing to Gronk, giving Adams enough time to come over and make the play.

It was a rare moment of clarity for Fouts, who spends most of his time living in an alternate universe where Malcolm Butler still plays for the Patriots. But Fout’s moment of sanity was fleeting. It all went wrong when he started talking about Sony Michel.

In the second quarter, Fouts remarked the Patriots had “gotten nothing out of the running game.” The comment was absolutely crazy. At that point in the game, Michel was averaging nearly five yards per carry, and had two big runs that were negated by penalties. He was the point-man in the offense.

Making matters worse, Fouts doubled down on his insane proclamation to start the second half. “The rushing game for either side, not too good,” he said.

Michel dominated the game from that moment forward. The rookie back busted off a 31-yard run  to kick off the quarter, and the Patriots’ first of three second-half scoring drives. He scored the game-clinching touchdown midway through the fourth, despite getting crunched with a back-breaking hit just minutes earlier.

Michel’s performance was so good, in fact, Fouts finally gave him some credit –– apparently unaware he was contradicting himself.

“Outstanding day for the Patriots on the ground,” he said.

If only we could say the same for our man in the booth.