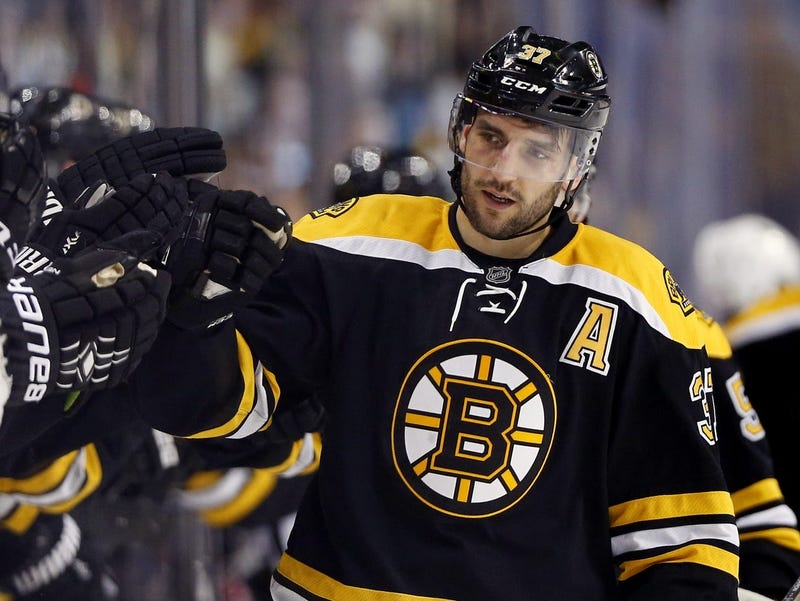 Patrice Bergeron was named the NHL’s first star of the week on Monday after recording four goals and five assists for a total of nine points in three games played. Three of those four goals came when he tallied a hat trick (fourth in his career) against the Ottawa Senators in the B’s home opener.

Bergeron is the core of a red-hot Bruins first line with linemates David Pastrnak and Brad Marchand. He credited Pastrnak, Marchand, and the rest of the team for their valiant effort for the early season success.

"I don't want any credit either," Bergeron told reporters. "I'll just pass it to Pasta then ... it's one of those things where you get that recognition, but at the same time, it goes with the work that we've put up as a team.”

The Bruins have been rolling offensively, scoring 22 goals after an opening night disaster in Washington.

"We put up some good numbers offensively and there it is," Bergeron said. "It's always with the help of everyone chipping in and going at it."

It’s astounding to Marchand that Bergeron is playing this well after having groin surgery during the offseason and missing most of training camp.

"He deserves the credit, he had phenomenal week,” said Marchand. “It's crazy to think about how he's playing right now based on the summer he's had and the training camp he had - he didn't play a whole lot, didn't practice a whole lot. So for him to come out the way he did, how hot he is, it's pretty awesome to see."

The veteran and his teammates will be back in action Wednesday night against Matthew Tkachuk and the Calgary Flames.