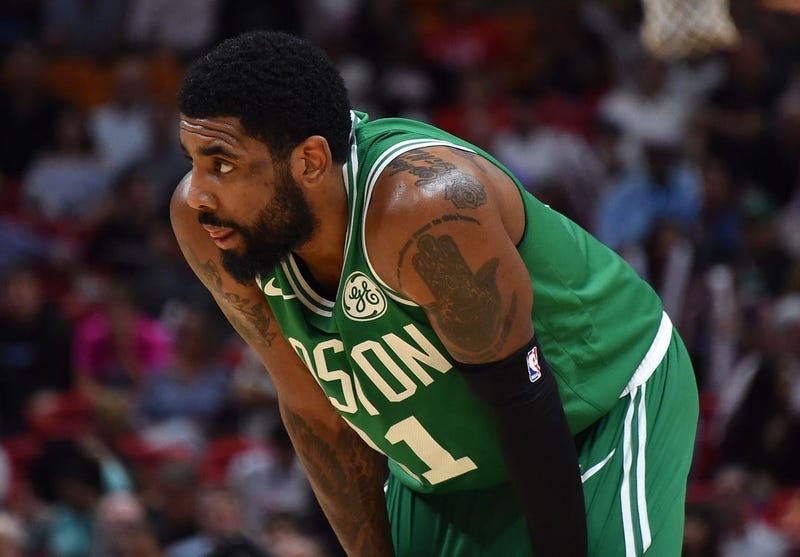 Following a 112-102 victory, Irving talked about how his relationship with his head coach has grown and that the two have found common ground this season as they've worked towards figuring out to get the best from their team weeks away from the postseason.

"All the coaches I've been with haven't resulted in the win column but the relationships have grown of seeing me at a time where at the beginning of a season it was one way and toward the end of the season there was an understanding of what we want to accomplish and what we want to do, and trying to get on the same page," Irving said. "So, Brad's my fifth head coach but for me I take it as an opportunity to get to know an individual, where he comes from, his knowledge of the game and how he can help me -- that's what you should do with coaches."

Irving was in rare form Wednesday night in Miami. He doesn't typically say much about his head coach, just last month Irving was critical of Stevens and the coaching staff for the Celtics' defensive approach against Hornets guard Kemba Walker, who torched Boston for 36 points.

But after another big win against the Heat -- Boston's second in two days -- while the Celtics remain tied with the Pacers for fourth place in the east ahead of Friday's matchup, Irving reflected on how far him and Stevens have come.

"Our relationship has just grown tremendously, just in terms of our communication, what he likes and what I like," Irving said. "But ultimately, what's best for our team and how to get the most out of guys. So it's made my job a lot easier going to the sideline knowing we're on the same page. It makes it easier to just go out there and play free and really do my job of leading this team."

Irving (21 points) and Stevens got the best out of one of the most important players the Celtics will need to lean on in the postseason -- Gordon Hayward. His 25 points on 5-of-10, including three triples, 8 rebounds and 5 assists is a comforting sign for the Celtics.

Meanwhile, Al Horford, who netted 21 points, stretched his streak of scoring 19-plus points to six straight. The Celtics are looking good at the right time but a win over the Pacers Friday night would be pretty much lock in home court advantage for their best-of-7 series.

It would not only give Boston a one-game lead over Indiana but it would also clinch the season series between the Celtics and Pacers, which ultimately gives Boston the tiebreaker in the likelihood of seeing both teams end the season with identical records.