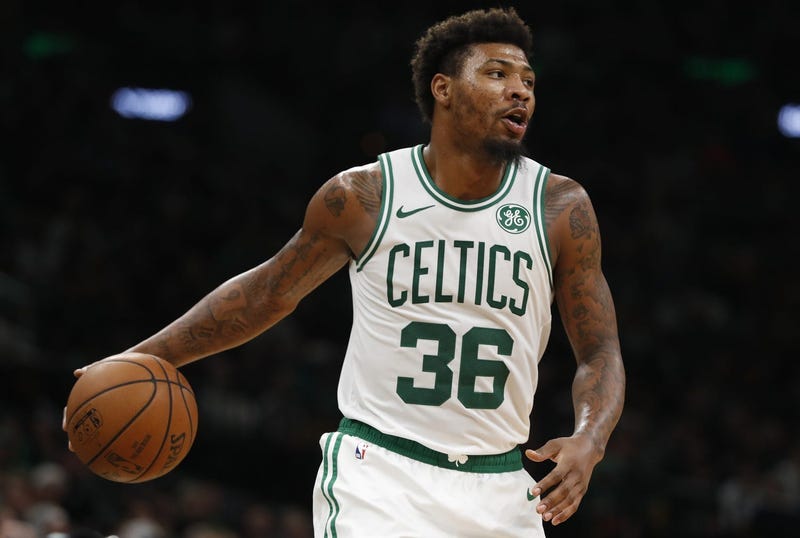 Smart revealed what he experienced last week against the Magic, when he ran into Orlando's big man Nikola Vucevic before he left the game, reentered and then checked himself back out when he collapsed to the floor a second time.

"I've been hit multiple times in the same area, and literally it's just a deep bruise, I got back out there," Smart explained. "The wind initially got knocked out of me. It was weird because when I hit Vucevic, I took an extra step and thought I was fine then I just felt like somebody stabbed me with a knife and I went down.

"When I came back in I thought I was fine because I've been hit before. When I tried to get into a defensive stance, I felt something pull and that's when I kind of knew and I started waving for coaches to come get me. The more steps I took, I could feel something stabbing me until I couldn't move anymore, and that's when I dropped to the ground. It was real painful and I don't wish it upon nobody."

Nine days removed from last Sunday, Tuesday was the first day Smart said he isn't experiencing pain from everyday movement. An encouraging start for the Celtics guard, who is already itching to compete in the postseason, especially after watching Game 1 from the comfort of his home.

For now, Smart is focused on helping his team from the sideline and rehabbing on his own time via light workouts and exercises.

"It's getting in the pool a lot to really keep going," Smart said. "It's light on your body. Even in the pool, it's a little tender but I'm able to do a lot more things than I would be able to do out here because the pool takes a lot of pressure off of you. The next mark to see where I'm at is probably in two weeks -- at the four-week mark -- and hopefully, it's progressed more than now. And hopefully, I can start running or jogging by then and hopefully, shooting a basketball."

Smart says he plans to be in attendance for Game 2. He'll be watching from the Celtics bench as Boston will look to grab a 2-0 lead in its best-of-7 series against the Pacers.