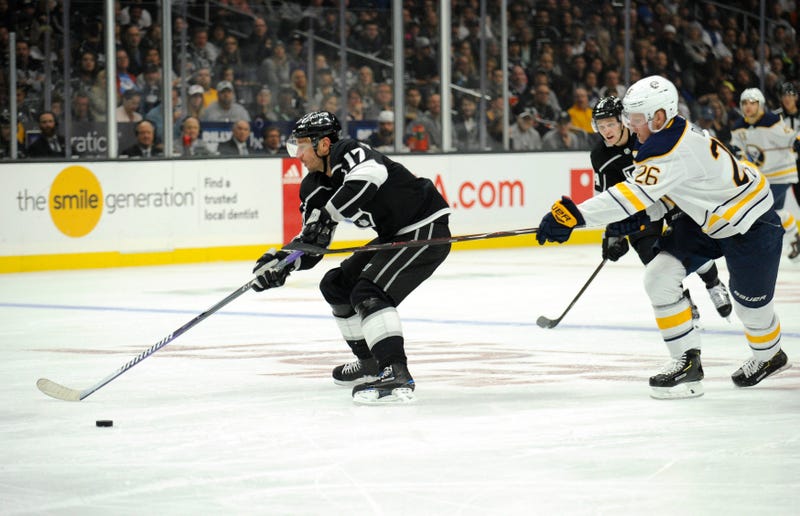 Before they chased John Tavares, who famously decided to sign with the Toronto, the Bruins pursued unrestricted free agent forward Ilya Kovalchuk over the summer.

After five seasons in the KHL, the 35-year-old Kovalchuk decided to return to North America and he ultimately decided to join Los Angeles because the Kings were willing to give him a third year at an average annual value of $6.25 million.

Things haven’t gone well for the Russian in LA and there were rumblings recently that maybe the Kings would make Kovalchuk available via trade and that the Bruins, 26th in the NHL in scoring at 2.69 goals per game, would re-visit acquiring the right-shot left wing.

Well any moves involving Kovalchuk will have to wait at least four weeks because the Kings announced Sunday that he underwent an ankle bursectomy procedure.

Perhaps this condition with his ankle was holding Kovalchuk back because he’s had a dreadful season for the disappointing Kings, who rank last in the NHL in goals per game (2.12) and are last in the NHL overall standings with a 9-16-1 record.

Kovalchuk has 14 points (five goals, nine assists) in 25 games while averaging 17:00 of ice time this season. But since the Kings fired coach John Stevens and replaced him with interim coach Willie Desjardins the forward’s ice time has been cut. He played 14:11 against Edmonton on Thursday in his last game before having the ankle procedure, but he played just 9:05 and 6:20 in each of his prior two games.

The Bruins have the salary-cap space for Kovalchuk but it still makes little sense for them to acquire him with the third year still on his contract. The Kings would have to get Kovalchuk to waive his no-movement clause and retain some money for the Bruins to even consider adding him when they know they’re going to have to pay up with some restricted free agents – notably Charlie McAvoy, Brandon Carlo and Jake DeBrusk – in the next couple summers.

If things get desperate for the Bruins while trying to make the playoffs in a stacked Atlantic Division, though, they'll have to consider any and all options to juice their offense. First they’ll have to see how Kovalchuk performs after his returns from this injury before deciding if Kovalchuk should be on their shopping list.