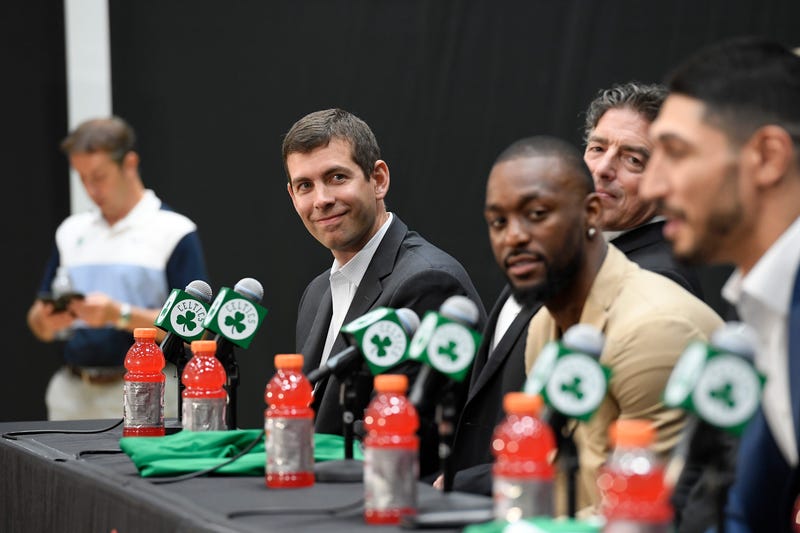 Between Team Shamrock, Gordon Hayward being a full-go this summer and Tacko Fall’s presence, there’s been plenty to talk about when it comes to the Celtics besides last year’s team.

But the subject still lingering. Just a bit.

Probably because it’s hard to fully fathom what happened last year. Given how good the team was expected to be, it’s easy to question the capability of the 2019-20 roster, which doesn’t look quite as good on paper.

And the response to last year — whether it’s with the four players the Celtics took in the 2019 NBA Draft or Kemba Walker and Enes Kanter — seems to be: place an emphasis on the personality of their players. Their character. It all sounds like it’s part of a bigger goal.

Fall back in line with the franchise’s identity.

“My care is that we play with great effort and togetherness. That is it,” Brad Stevens said at the Celtics Shamrock Foundation’s “Teeing Up for Kids” Golf Tournament at Old Sandwich Golf Club in Plymouth on Monday. “That’s what we’re looking for, that’s what we want to be. All the technical basketball plays and system, that stuff will figure itself out. I feel like we (have) a good foundation there. But we (have) to play like a Boston team should.”

Being able to get there means looking forward and leaving last season where it belongs — in the past. Learn from it, but don’t dwell on it or call back to it whenever something goes wrong.

It’s easier said than done, sure. As Stevens noted, “there’s always going to be noise.” That comes with the territory though. Players can’t get caught up in it all.

From what he’s seen throughout the summer at the Auerbach Center — where he and most of the players and other coaches have been — Stevens doesn’t think this group will get hung up on the wrong things.

“This team’s done a good job of flipping the page, moving forward and focusing on itself,” he said. “I really like the guys that are in our gym right now.”

The test starts next week when Celtics training camp kicks off.