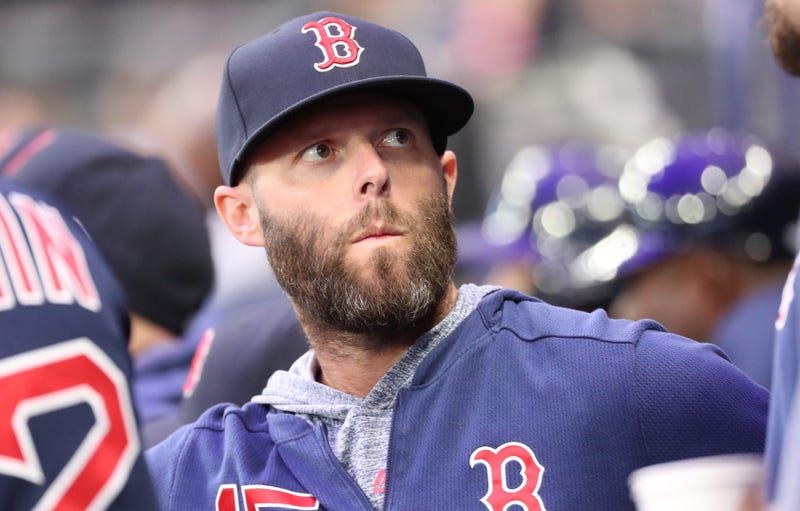 Dustin Pedroia ran into another roadblock with the rehabilitation of his left knee on Friday when he was pulled from his start with Double-A Portland, which carried over to the Red Sox returning him from the rehab assignment and transferring him to the 60-day injured list on Monday.

Pedroia, Alex Cora and Dave Dombrowski addressed the media prior to Monday’s game. The longtime Red Sox second baseman announced that he’s taking a break from baseball for now, though he’s not calling it quits just yet.

“It’s to a point now where my knee is not allowing me to play everyday,” Pedroia said. “It’s taken a while to realize that and I’ve tried so many things, from braces to orthotics to rehab methods to seeing different doctors, to every type of treatment possible. So I’m at a point right now where I need some time, and that’s where my status is.”

Another surgery had been on the table for Pedroia, as well. However, he ruled that out on Monday.

“The surgery that has been recommended to me, after last season, is something that not a lot of people want to go through,” he said. “It would affect the quality of my life and things like that. So no, I’m not thinking about having the surgery.”

Pedroia expressed gratitude for the organization and the lengths everyone from Cora and the front office to the training staff and team doctors have gone through to get him on the field and keep him there.

Pedroia wasn’t ready to announce he’s stepping away from the game completely because he hasn’t thought about it yet. This break from the game will allow room for him to consider that option.

“I think that time will go by and I’ll know more about (retirement),” Pedroia said. “I haven’t had a day off in a long time. Every day I wake up and I do some sort of rehab to do anything. I haven’t even sat down and thought about something like that or anything. I just know that right now I need a break from just the everyday stresses of dealing with what I’m dealing with and that’s it.”