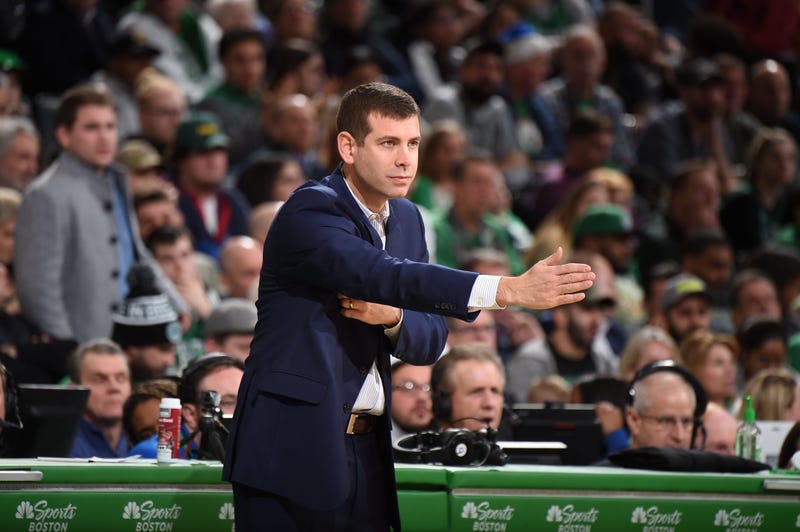 The fan vote for the 2020 NBA All-Star game comes to a close in a week, which means it’s almost time for head coaches to cast their votes for the All-Star reserves.

There will be seven on each team: two guards, three forwards and two “wild cards.” Coaches can’t vote for their own players — meaning Brad Stevens can’t help Jayson Tatum or Jaylen Brown, or Kemba Walker if he needs it.

Stevens still has plenty of players to pick from. Jimmy Butler and Bam Adebayo are strong candidates at the forward position. Devonte’ Graham and Spencer Dinwiddie aren’t in the top-10 among Eastern Conference guards in the fan vote, but both have turned some heads this year.

When it comes to analyzing the players, Stevens has a few people he consults. His son, Brady, tries to make his case, but Stevens doesn’t listen to him. Instead, he discusses the matter with his assistant coaches.

“That’s usually a fun dinner to get away from this daily grind,” Stevens said before Monday's game against the Bulls.

But the decision ultimately falls on Stevens. And here’s how he does it:

“I just go through and look at the East and look at who at who I think — I start with a couple of things from a statistical standpoint, obviously,” Stevens said. “But then look at how their teams are playing — if they’ve won or not. And then I feel like the tiebreaker for me is often my fear factor when we’re getting ready to play against them.”