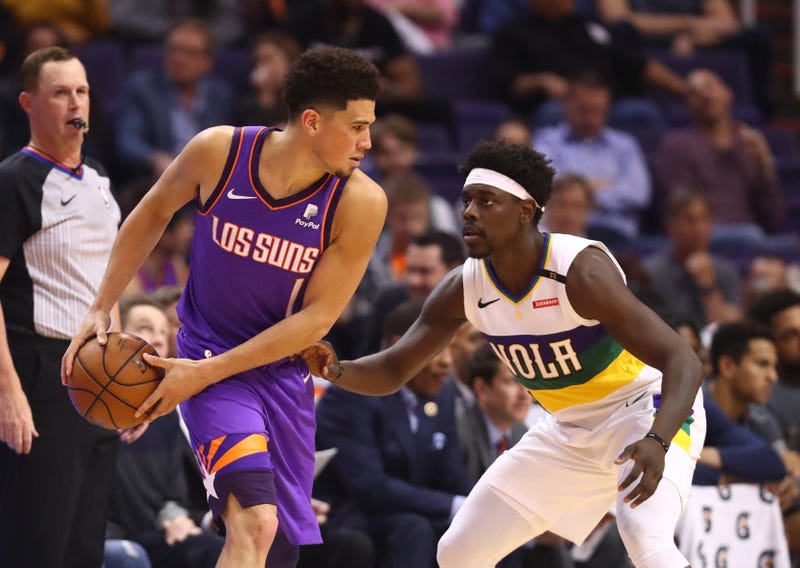 Since it appears the Celtics will lose out on Kyrie Irving, the search for a new point guard becomes one of the team’s top priorities. And with Al Horford opting-out of the final year of his contract to either work out a more Celtics-friendly deal or move on from Boston, Danny Ainge will have a little more wiggle room to work with as it pertains to the cap.

Among the candidates the Celtics could go after is Terry Rozier, which is the most realistic move at this stage. Other names have floated around the non-stop rumor mill as NBA free agency draws closer. Among them is New Orleans’ Jrue Holiday.

On the latest “The Lowe Post,” ESPN’s Kevin Arnovitz brought up the idea when Zach Lowe touched on the Celtics’ situation post-Anthony Davis to the Lakers, saying, “First of all, maybe we get Jrue Holiday there. That would be fun,” to which Lowe replied the Celtics are “sniffing around.”

The biggest thing with Holiday is his flexibility as a defender. He was NBA All-Defensive Second Team in 2018-19 and made First Team the year prior. Those were also the seasons he lined up as a wing, with Elfrid Payton taking control last season following Rajon Rondo’s departure for Los Angeles. While Holiday can take control as the ball handler, he can also defer to others and use his talents elsewhere — like as a scorer, having averaged a career-high 19 points per game on 49.4 percent shooting in 2017-18, only to up the ante by scoring 21.2 points a night last season (47.2 percent from the floor).

Holiday has three years left on his deal with a player option in 2021. With him having a cap hit of $26,996,111 over the next two years, it would likely require something involving Gordon Hayward and picks, or the pairing of Jaylen Brown and Marcus Smart — the latter being an option the Celtics would probably pass on. Unless Ainge has something up his sleeve, this one might be out of reach.

RELATED: Bradley Beal could be 'prime option' for Celtics if Kyrie Irving departs