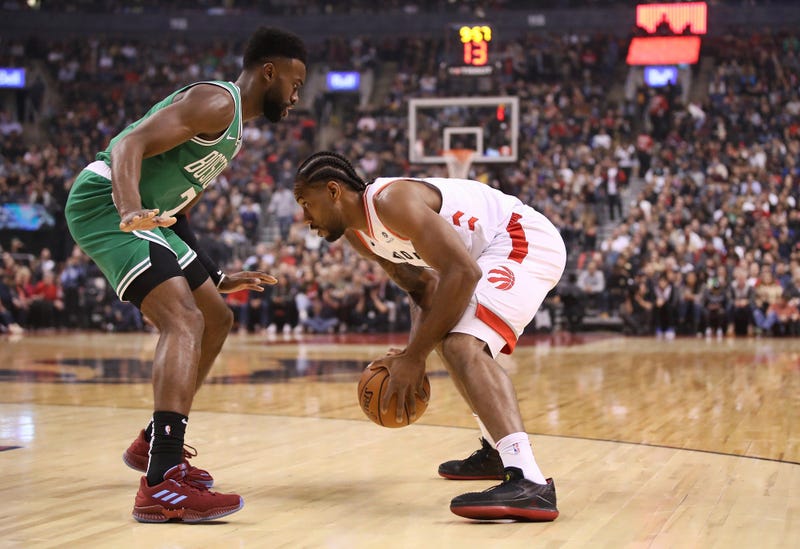 When the Spurs were looking to move Kawhi Leonard after his rather odd 2017-18 season, the Celtics made a bid, according to Zach Lowe of ESPN. Last summer, Lowe reported the offer included draft picks, but no significant, proven NBA talent. Because, as Adrian Wojnarowski reported at the time, the Celtics refused to deal any of their top-five players.

That included Jaylen Brown, who, turns out, might’ve been enough to get Leonard in green.

Sports Illustrated’s Chris Mannix said on the most recent episode of his podcast, “The Crossover” the Celtics could have acquired Leonard with a move that included Jaylen Brown:

“My understanding from kind of both sides of this is it involved Jaylen Brown and Marcus Smart, or Jaylen Brown at least. Jaylen Brown is the centerpiece of it all,” Mannix said. “They didn't do it in part because I don't think they wanted to tie themselves to two players that are going to be unrestricted free agents this summer … they had no idea what Kyrie was going to do, but think about what the Celtics would be with Kawhi and Kyrie on that team. The kind of force they would be on both ends of the floor.”

Mannix also said he does “know that there is some regret from some people within the Celtics organization about not pulling the trigger on a Kawhi Leonard deal last summer.”

The Celtics should regret that move. They should’ve regretted it the second he went to anywhere that wasn’t Boston and again when the Celtics lost to the Bucks in the Eastern Conference Semifinals.

Hindsight is 20-20, but Leonard would have been worth the risk, without question — especially with Irving still around at that time. Instead, the Celtics are spiraling out of control, watching Leonard lead Toronto in the NBA Finals, who now lead the series 3-1.