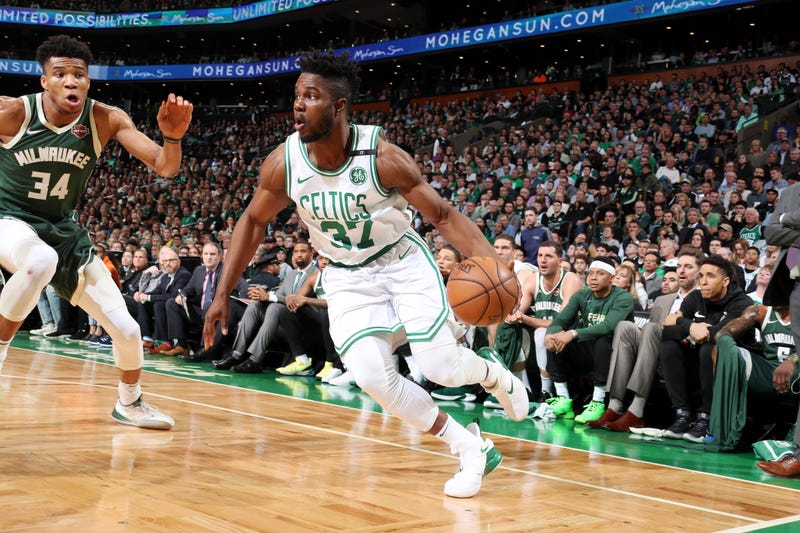 Semi Ojeleye may have received more mixed messages than any Celtic in 2018-19.

From his rookie to his sophomore season, he saw a drop in playing time. Yet Brad Stevens expressed the forward may have been the team’s most improved player in 2018-19.

When it came to the team’s drama, Ojeleye didn’t think there were major problems last year. Though, like everyone else, he eventually noticed the flurry of reports.

“It was one of those things where . . . I don’t know. On the inside, it was like, ‘You know, we’re all right.’ But then you start hearing the whispers and you hear this in the media, that in the media and you this on your news feed and you’re like, ‘Man, is it really that bad?’” Ojeleye said at the unveiling of a new renovation at the Berkshire Partners Blue Hill Club in Dorchester, courtesy of the Celtics and Boston Scientific. “Even now, people are like, ‘Was it that bad?’ I don’t think it was. But that’s the nature of sports.”

Regardless of just how chaotic Ojeleye felt the 2018-19 season was,