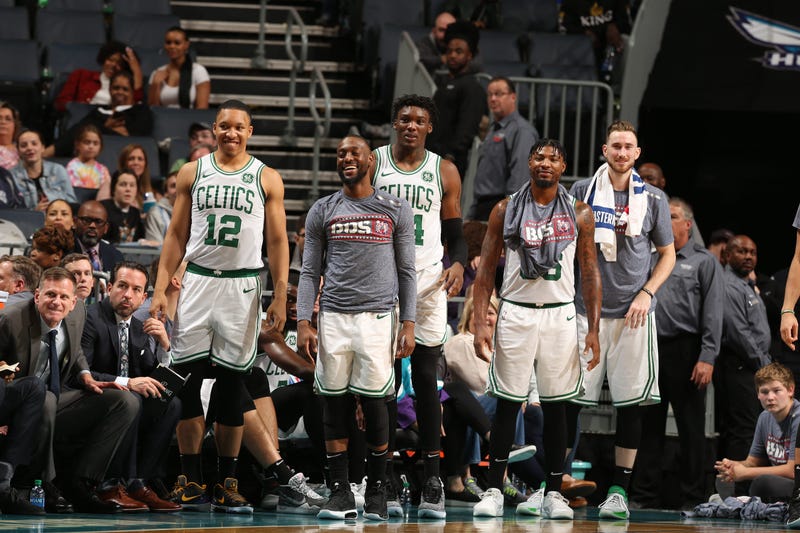 Back-to-back matchups against low-level Eastern Conference teams, back-to-back wins for the Celtics. As much as these are games the Celtics should win, there’ve been times in the past where games like these were a struggle. Heck, even the win over Cleveland was only decided by six points.

But, the difference in that game, as opposed to those in the past: it never felt like Boston completely lost control. That was the case, even more so, in Thursday’s 108-87 win over the Hornets. (For a complete recap of the Celtics' win, click here.)

Chemistry, confidence or whatever term you feel is appropriate, it comes down to the fact the Celtics aren’t deviating from the style of play they’ve started to develop.

Boston’s ball movement has been exceptional. The 29 team assists are a direct reflection of that. Though, it’s not solely about the passes that lead to a bucket. The Celtics aren’t settling for bad shots often. They’re swinging it to find the best look.

And it’s been easy for the Celtics scorers to be patient with their opportunities. Those players know they’re going to have plenty of shot attempts. That’s, in part, a result of the bench providing limited offense.

Now, it would be ideal if the reserves could provide a boost when they enter the game. Particularly Carsen Edwards, who was quiet in his 12 minutes (0-for-3). Marcus Smart has really been the only one who’s made shots with regularity.

That being said, the bench doesn’t need to score to be impactful. If Robert Williams is forcing players to adjust their shot in the paint and both Smart and Grant Williams are playing air-tight defense and doing all the little things, the starters are more than capable of doing the heavy lifting on offense.

Jayson Tatum hasn’t been the story on offense in back-to-back games, yet he’s made 51.5% of his shots between the two wins and followed up a 17-point performance against the Cavs with a 23-point night in Charlotte.

Gordon Hayward didn’t have another ridiculous night — not that anyone expected him to — but, on Thursday, he was doing a lot of the same things he did against Cleveland. Only, against the Hornets, he slowed things down a bit in the second half. Not that he needed to do a whole lot at that point in the game.

Neither Hayward nor Tatum tried to do extra with Kemba Walker (14 points on 4-for-12 shooting) not at his best because of the emotional homecoming and Jaylen Brown (12 points on 5-for-9 shooting) not looking for his shot as much as he might normally, which is likely a result of the fact he’s just coming off his illness and infection. They’re sticking to the plan and still getting plenty of looks at the basket.

“I think for the most part this year, when we play together, play with pace and space, attack, spray it, attack again — you know, action, action, action — that’s when we can be really hard to guard,” Gordon Hayward told reporters. “When we get a defensive stop, we have multiple guys that can get it, push it and then fill the lanes and get easy threes, easy dunks, layups. That’s when we’re at our best, so we got to keep doing that.”

Wins like this matter in the grand scheme of things because everyone is remaining focused on their responsibilities. There’s very little deviation.

Which means, when they play tougher opponents, the Celtics shouldn’t feel the need to go off-script so quickly, like they have in the past.

“We have a lot of room to improve. We got to get a lot better, but we’re working hard and we’re together,” Brad Stevens said. “As long we do those couple of things — we’ll make mistakes, but you’ll have a better year than not if you do those things.”