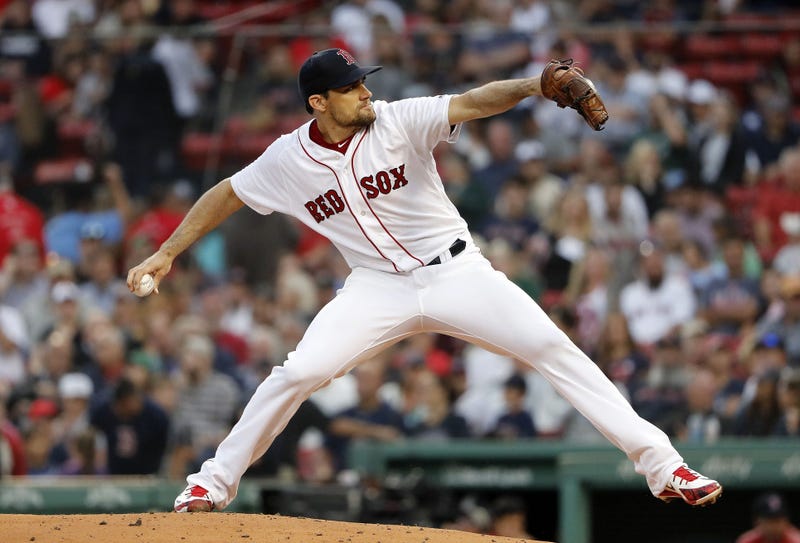 For just the second time this season the Red Sox have lost three games in a row.

What exactly does that mean?

First off, it makes life at least a little uncomfortable for Alex Cora and his crew. Not because there is a fear of blowing their American League East lead, but more due to the fact that two of the three losses have come against an Indians team that was supposed to offer a true late-season test.

Tuesday night's 6-3 loss to Cleveland also offered more doubt about what exactly the Red Sox can lean on, with Nathan Eovaldi offering an uninspiring 5 1/3-inning, 10-hit, four-run outing and Tyler Thornburg giving up a home run. These are the sort of guys that were supposed to be part of the postseason blueprint. (For a complete recap of the Red Sox' loss, click here.)

They also have to now try and snap this skid against one of the hottest pitchers in the American League, Carlos Carrasco. All it made Alex Cora's words prior to the loss even more prophetic.

First, there was this: "Sometimes I hear people saying that it will be good for them if they start losing. I don’t believe in that. What good comes out of that? Losing? No. Even winning, we’re learning about our team. We’ve been playing good baseball, and we know that baserunning has to be better. And it’s been better. Certain situations, we have to be better. There’s a lot of learning when you win. I know there’s learning when you’re losing, but the whole thing about, ‘They need to go through a bad stretch?’ Not really. People don’t like to lose, and I think they’ve been very disciplined as far as, like, what we need to do on a daily basis to avoid losing streaks or get caught up on the winning."

Then, later in the pregame media session, this: "Man, it's August 21. I still remember in 1995, my family was very, very happy when Seattle came back and won the division. Last year the Dodgers lost 10 games in September. There's no guarantee here. We know where we're at. We know where we're at in the division. But at the same time, we know how good that team is. And early in the season, we won 17 out of the first 19 and then you look up and we were tied at one point. I think all this talk about potential playoffs, I get it, I understand, I was part of that. I worked in TV for three years so, I mean, you have to talk about that obviously. But here? Naw man. Here we're playing the Indians and we'll see what happens."

What this whole thing means is that the Red Sox are staring down at the kind of test they really haven't come across this entire season.

This isn't anything new for even the best of teams. History suggests that such the best of the best have such obstacles, as was the case with last season's world champs. The Astros went a horrific 11-17 in August, even losing four straight in early September.

But for this team, the Red Sox, this is meaningful because it highlights more specific issues that just wins and losses.

What exactly do they have in Eovaldi?

When are we going to find out who is truly reliable in the bullpen?

Have the Indians found some secret sauce when it comes to pitching to key Red Sox hitters?

It took four months for this team to find themselves in another three-game losing streak. Now we find out perhaps more about Cora's club than at any time during those 118 days.