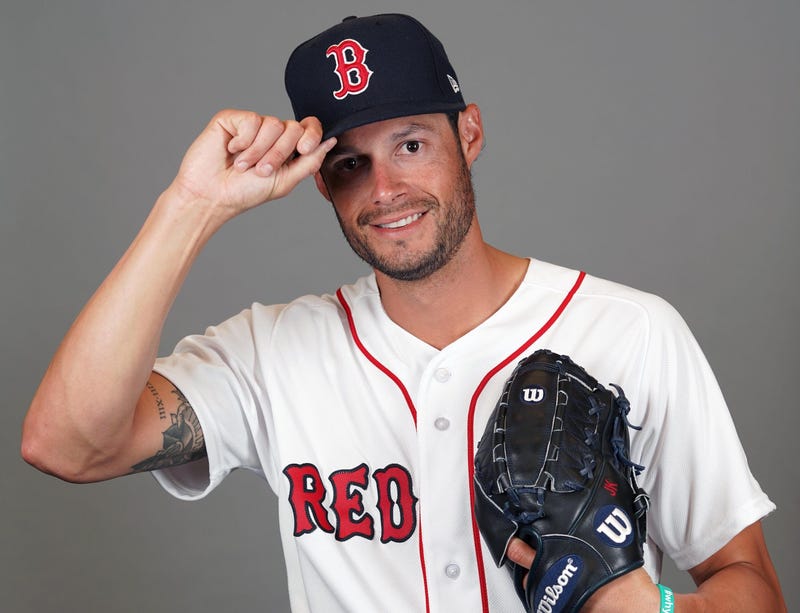 Joe Kelly, man of the people.

The Red Sox reliever has made the most of his time away from the team, having to sit out six games after his suspension for fighting with the Yankees' Tyler Austin April 11. So with the mandate that he couldn't be in any team-sponsored areas (clubhouse, dugout, and even press box), Kelly decided to get a little creative.

Friday night, the second game of his suspsension, the pitcher had tickets for Green Monster seats but couldn't sit still, venturing to three different spots in Fenway Park, including the bleachers. Sunday he took it to another level.

"I was in the suite and we weren’t getting any runs and we were losing so I moved and went out to the bleachers. We got a couple of runs," Kelly said. "I moved to another location and that didn’t work, so I moved to the Sam Adams Party Deck and we ended up getting the runs. Then I watched the rest, when Craig [Kimbrel> came in, from the State Street Pavilion. I had to change locations. I was getting superstitious."

The routine evidently worked, with the Red Sox coming back from a 3-0 deficit to beat the Rays, 4-3, in the teams' series finale at Fenway.

"I tried to move as much as I could until we scored runs," he said.

Kelly reported minimal distruptions other than an occasional shouting his name, posing for a few pictures along the way.

"There are no bad seats. There are literally no bad seats," Kelly noted. "I sat way far away and everything looked good. I’m like, ‘I can watch the game here.’ It’s not that far away. It’s a good point of view everywhere."