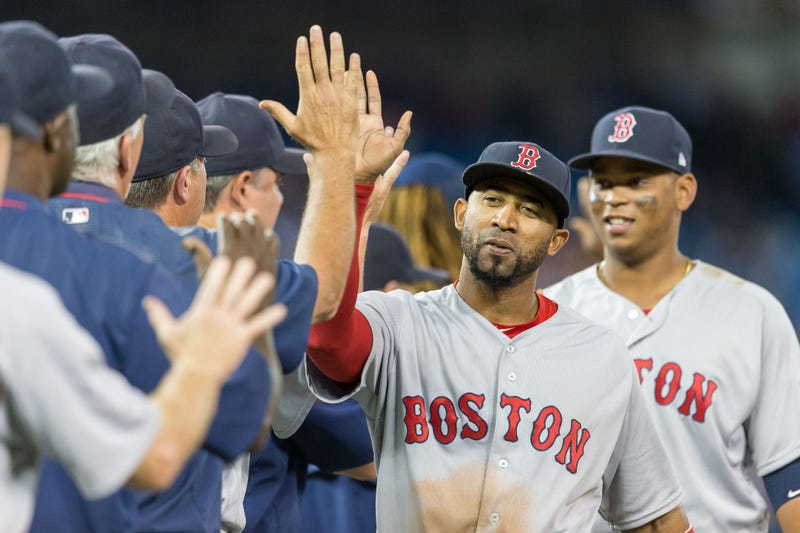 The Red Sox announced Sunday morning that the 30-year-old infielder has been signed to a one-year deal, with a player option for 2019. According to FanRag Sports, Nunez will receive $4 million this season, with the option year also coming in at $4 million. There is also a $2 million buyout in the option year, along with incentives and escalators that would enhance the agreement.

Ben Taylor was designated for assignment by the Red Sox to make room for Nunez on the 40-man roster.

Nunez had been in Fort Myers since Thursday undergoing a physical with the Red Sox.

It is believed that he will spend the majority of his time preparing to fill-in for Dustin Pedroia while the second baseman recovers from knee surgery. Nunez will also offer protection at third base, shortstop, and designated hitter.

Along with offensive production that included hitting .321 with an .892 OPS and eight homers in 38 games with the Red Sox (before suffering a knee injury in early Sept.), Nunez was considered an extremely positive influence in the Red Sox' clubhouse.

In signing Nunez, Red Sox were able to take advantage of the upside-down free agent market, getting the infielder at a relative bargain basement rate. According to one source, the initial asking price for the player was five years.