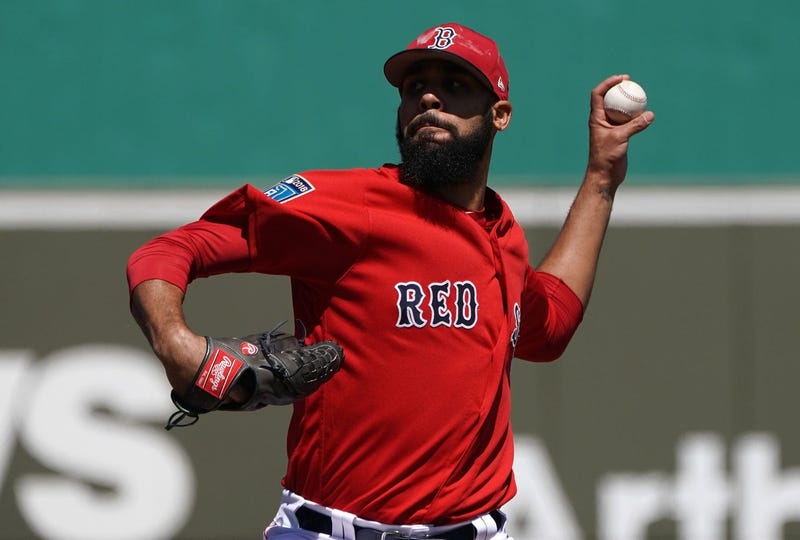 FORT MYERS, Fla. -- Never has a Grapefruit League debut meant so much.

OK, perhaps it's a bit of hyperbole, but there absolutely was some extra emphasis put on David Price's start Thursday against the Blue Jays at JetBlue Park. That's how important he is to this Red Sox team.

What we witnessed in the Red Sox' 7-5 win was a starting pitcher offering his team its second dominant outing in as many days, with Price following up Chris Sale's gem against the Twins with the same sort of image. Not only was the lefty in complete control over what was technically his spring training debut, but he managed the feat using a repertoire usually not witnessed at this time of year.

There was a fastball that reached 95 mph. His low-90's cutter painted the corners. And his curveball and changeup were routinely put wherever the pitcher pleased. It was hard not to notice the preciseness of Price.

"It feels good," said Price, who finished his day giving up just one hit over four innings, striking out five and walking one. "This is March 15 and I've never been able to have a four-pitch mix on March 15. I've never been this far along in spring training even though I've only thrown in one game. I'm excited about that."

Throughout the Red Sox Grapefruit League schedule, the two most dominant pitchers on either side of the field, in any game, have been Sale (9 IP, 4 hits, R, 12 strikeouts, no walks) and Price, not even close. The Price start, coupled with Sale's dominance over the Marlins and Twins, simply couldn't have gone better for the top two hurlers in the Sox' rotation.

Why does such a takeaway matter at this stage of the game? Well, if this is going to be the kind of health and stuff presented by both pitchers, then the stage can be set for the rest of the roster. That's how important both are.

"He was great," said Red Sox manager Alex Cora of Price. "From the dugout, it looked like his misses were just by an inch. He was on target. Good target. Very impressive for his first outing in a real environment, not a controlled one. He was great. Physically he looks like he’s right where he has to be and now we move forward."